Q & A with David Duffy

Q: What makes Turbo Vlost different from other hardboiled detectives?
For one thing, he’s Russian. For another, he’s funny. He definitely takes his cue from Spade, Marlowe and Archer, but in a manner similar to how Walter Mosley used the influence of those guys to create a totally new and different hard-boiled hero in Easy Rawlins, I guess I’m trying to pull off a similar trick with Turbo Vlost. He’s a tough, brutally realistic guy. He’s been an outsider all his life—first growing up in Stalin’s Gulag and then as a former zek—Gulag inmate—serving in the KGB. Now he lives in New York, where is a foreigner, albeit a very adaptable one. He sees the world through a different lens than most people, which is one of the things I like about him. Add to that a keen sense of irony and an understanding, built through experience, of human weakness, and you’ve got the basis for a new hardboiled hero.

Q: How did you come up with the character?
It started with his crazy full name, which is based in Russian/Soviet history—a story that he’ll tell you. It grew with the idea of a Gulag inmate being recruited into the KGB—something that happened more often than you might think in the Soviet Union. Then came the idea of putting in him New York, in self-imposed exile, in the second half of life. He carries a ton of baggage—from his childhood, his failed marriage, theself-demolition of his KGB career. He’s seen and experienced just about everything life can throw at someone, and he’s come through it all still standing. The literary agent Al Zuckerman said that determination and self-awareness make a great protagonist, and Turbo’s got those qualities in Spades—so to speak. (Like many Russians, he also, for better or worse, loves wordplay.)

Q: What are your thoughts on the whole eBook revolution?
I’m in favor of anything that gets people—especially young people—to read. The rise of e-books appears to be stemming a decline in book sales overall. I do much of my own reading now on an iPad and love it. The economics of this revolution are still being worked out—meaning fought over—but new models will emerge. The fact that we writers now have viable alternative in e-book self-publishing to traditional publishing is definitely a good thing—for us and for readers.

Q: What's next for you and Vlost?
As his girlfriend periodically points out, Turbo has a penchant for finding trouble. He’s back, in a big pile of it, in In for a Ruble, which comes out July 17 in the USA.

Q: How do you promote your work?
Not as well as I should. The irony is, I had a successful first career in the public relations business. I’m supposed to be good at marketing and promotion. I do readings and signings and the occasional interview like this one. I have a Facebook page. I don’t do a lot with it, however, and I don’t tweet because I can’t image they are many people out there, outside a few friends, who have much interest in what I have to say. I’m old school in this regard—I think the work should stand on its own merits, and if it’s good—which I believe these books are—they will get noticed and bought and read. That’s an anachronistic view of the world in the 21st Century, however.

Q: What other genres besides crime do you like?
I don’t think so much in terms of genres, more authors and attributes. The Victorian novelists—Trollope and Dickens—are among the very best storytellers ever. Any writer can learn a ton from them. I like seemingly effortless prose stylists—Orwell, Graham Greene, Flannery O’Connor. Alan Furst can sculpt an atmosphere and put a character on the horns of dilemma like almost no one else. PD James is just a great writer, period. I like political novels: All the King’s Men and The Last Hurrah. I love satire (one reason I admire Dickens so much), but it’s a tough trick to pull off. The late Ross Thomas was very good at it. Joseph Heller’s Catch-22 is brilliant. Michael Chabon’sYiddish Policeman’s Union is a hugely enjoyable effort to write a satirical detective novel. I give him enormous credit for trying.

Q: What's your idea about the psychotic sidekick in PI novels like Hawk and Joe Pike?
Sidekicks—partners—are fun and useful, though they don’t have to be psychotic. I guess from a technical point of view, guys like Hawk and Pike (don’t forget Mosley’s Mouse) enable a level of violence in a story that readers might notstand for if it were the protagonist inflecting it. On the other hand, Hawk always struck me in some regards as very level-headed dude. He just has a different way of dealing with things. In the milieu Robert Parker created, it works. Same, sort-of, with Joe Pike, who does push the envelope.Turbo’s got a partner who’s borderline fanatic on the issue of privacy—yet he owns and runs the most invasive data mining computer system ever invented, which he lets Turbo use. That’s kind of psychotic (without the violence) but it doesn’t concern him—or Turbo.

Q: In the last century we've seen new waves of PI writers, first influenced by Hammett, then Chandler, Macdonald, Parker, later Lehane. Who do you think will influence the coming generation?
Walter Mosley, definitely.If anyone inherited the Chandler/Macdonald mantel, it’s him. James Ellroy is another. That machinegun prose is tough to forget. The late, great JamesChumley who showed that hardboiled stories are just as much at home in the wilds of the West as they are in the streets of LA—and can be hilariously funny too. It’s a tragedy for fans like me that he didn’t write more. And don’t forget Ellmore Leonard—one of the most economical, and funny, and prolific, storytellers ever.

Q: Charles Collyot came up with the following question: Why write a PI story?
Because the PI-type is such a great American icon. Independent, alone, existential—he/she is at once a part of society and aloof from it. He/she makes his/or her own rules and lives by them. The rules may not—and often don’t—line up with everyone else’s, but the PI character is true to them, which is why we all root for him/her to win.

Q: What question should we ask every PI writer we interview and what is your answer?
Q. Are you making a living at it, and if so how?
A. As soon as I figure out how, I’ll let everyone know. 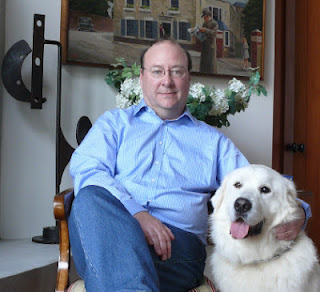