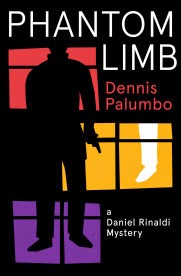 Daniel Rinaldi is a more two-fisted version of Jonathan Kellerman's Alex Delaware and is a bit more of a Son of Spade because of that.
In this novel the psychologist and police consultant / ex-boxer gets involved with a kidnapping case when one of this patients is snatched from his office. The patient is an ex model and B-movie star, married to a guy who can really spare the ransom money. Time and time again the kidnappers manage to get Rinaldi involved with the case, resulting in some plot points that belong in a Hollywood movie but at times seem a bit too comic book like for a mystery like this one. In fact, this is absolutely more of a thriller than previous books in this series which made me like it less, but might appeal to a whole new group of readers.
Posted by jvdsteen at 2:34 AM