Q & A with Earl Emerson 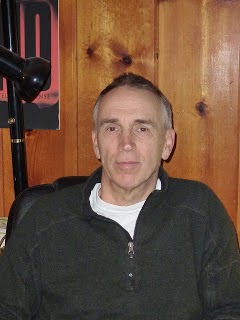 Earl Emerson was one of those great PI writers of the nineties that stopped putting out PI books when that genre became less popular. Luckily, Earl and his PI Thomas Black are back now, the self-published way. A good reason to have a talk with him...

Q: What makes Thomas Black different from other hardboiled characters?
A: I'd say what sets Black apart are his world view, his wry observations of the people around him, and particularly his self-deprecating humor. Black doesn't drink and doesn't have much of a social life, either. Other than that, it's the voice. He’s prone to sarcasm but isn’t easily provoked, and he doesn’t mind being the butt of a joke. I think the key is his willingness to poke fun at himself.

Q: How did you come up with the character?
A: When I started The Rainy City my basic models, more or less, were Travis McGee, Phillip Marlow, and Lew Archer, who oddly enough, I veered away from right away. Archer is much more circumspect with regard to his private life than I wanted Black to be. I just couldn't pull it off, keeping that much distance. So I tried to mold a character one of my friends would be drawn to. I had a particular friend in mind. Then, as I wrote, Black more or less evolved into a better, stronger, less profane version of myself. Funny how that works.

Q: What are you thoughts on the whole e-book revolution?
A: Well, things are certainly changing rather quickly. The entire Internet thing has been incredible. Twenty years ago we had none of this. Now many people have almost no use for a traditional library. In some ways it's sad, but then, all change involves loss. As an author, for the first time ever, I am able to publish novels on my own. And what's even better is the stigma of self-publishing has vanished. My royalties are higher and so is my satisfaction level. I'm not saying I'll never publish traditionally again, but the circumstances will have to be very special.
I love real books, love the smell and feel of them, but in many ways I'd rather read on an electronic reading device. For one thing, you have an electronic dictionary available at the touch of a button. You can size the print to your own whims. You can buy a new book and have it available instantaneously, even when all the stores are closed. E-books may not be killing off prints books, at least not completely, but they've certainly vacuumed out the last reserves of the paperback market. When I began publishing in the Eighties, paperbacks were the mainstay. Most of my readers read me in paperback. Now, most of my readers read me electronically.

Q: What's next for you and Thomas?
A: Two Miles of Darkness dabbles with a suicide theme and probably will be published at the end of the summer or early autumn. I find myself going back to the theme of suicide. Probably because my brother committed suicide when I was nineteen. I've been thinking about taking time out to pen a memoir and maybe exorcise the theme once and for all. The idea of a memoir has been weighing on me for a while now. But if I go on and write another Black after Two Miles of Darkness, I'll have fun doing that, too. I really like writing the Blacks. So right now my plans are up in the air.

Q: What do you do when you're not writing?
A: Right now I'm re-reading some Michael Connelly. I just finished a novel by James Salter and A Natural Woman by Carole King. I like movies, too. I've always been a film buff. Other than writing, reading, and watching movies, I spend a lot of time outdoors: cycling, hiking, and cross country skiing. I wanted to be a professional cyclist when I was younger, and I'm still very involved in what most people would call radical fitness activities.

Q: How do you promote your work?
A: I don't have much of a promotional apparatus right now. I have a website, which I think points a lot of people to my e-books, but they have to Google me first. I'm not very active on it, although I'm always telling myself I will rectify that. In the past I've done extensive and not so extensive book tours for my former publisher, Ballantine Books, traveling to various bookstores in distant cities, giving interviews or speaking on the radio or TV when the publicist could arrange it, signing autographs and giving public talks. As the traditional publishing industry slid into the doldrums, these tours became less and less significant until I think, in the end, they weren't doing much good at all. And it wasn't just me. Many of my favorite venues simply disappeared. Many of my favorite authors stopped touring. It was the same everywhere.

Q: What other genres besides crime do you like?
A: I especially like memoirs, history, and biography. One thing I don't read is sci-fi or fantasy. I can’t say why. I just don’t. I read historical fiction by Bernard Cornwell, although lately I've lost my patience for those. I don't know why. I remember avidly reading Elmore Leonard for years. I couldn't get enough of his stuff. And then one day, I found his prose disconcerting and I haven't been able to go back. Somebody who does hold up for me is Charles Willeford. I recently re-read his memoir, Something About a Soldier. He was such a brilliant writer.

Q: What's your idea about the psychotic sidekick in PI novels like Hawk and Joe Pike?
A: Very few interviewers would ask that question, but it's a trend that I find disturbing. It's too bad writers feel they have to resort to the sidekick who will kill all the enemies at the end, thus sparing our hero from getting his hands dirty. These sidekicks are actually psychotic and what people don't realize is that psychotics are not people you want to be around. Nor do they make trusted and loyal friends like they do in these books. The picture is completely skewed from reality. On top of that, if you accompany someone when they commit a murder, you're an accessory. People have gone to the chair for it. Frankly, I don't understand how certain writers can get away with it, writers who seem to revel in a "code" of behavior. I don't understand why their readers don't call them on the rampant immorality even as these same writers tout the moral code of the PI. It's a strange phenomenon, one I've never really been able to explain. On the other hand, Thomas has his friend Elmer Slezak, while not a psychopath, he’s sure trying to imitate one, sometimes to comic effect.

Q: In the last century we've seen new waves of PI writers, first influenced by Hammett, then Chandler, Macdonald, Parker, later Lehane. Who do you think will influence the coming generation?
A: I honestly have no idea. I'm guessing TV will have a larger influence on future writers than books. But that's just my skepticism talking.

Q: Why do you write in this genre?
A: It's hard for me to quantify the appeal of the detective story. It has so many things going for it, not the least of which is enough predictability to assure the reader they won't be disappointed by a series of left turns somewhere in the middle wherein the author sits down and begins navel-gazing. The stories have to move. The basic plot format was developed a long time ago and it's flexible enough that one can plug in almost any type of story line and still make it work. There's a little of the Old West in it, too, that American concept of the lone figure grubbing around trying to reap justice for the little guy, the unsung hero. Then too, first person narrative has a lot of pluses going for it. I've known readers who said they simply couldn't read first-person, but I find those readers few and far between. Good first person writing creates an intimacy between the author and reader you can't sustain any other way.
Posted by jvdsteen at 1:03 AM

Enjoyed this interview, thanks. I'm a long-time Emerson reader. In addition to the Thomas Black PI series, Emerson's firefighting mysteries also are superb.