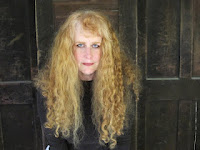 C.E. Lawrence wrote a guest post for us to promote the new Lee Campbell thriller Silent Slaughter, coming in 2012.
Crime has been with us for a long time. And, contrary to the old saw, very often it does pay – quite handsomely, in fact. One might even argue that crime – rather than the usually cited occupation – is the world’s oldest profession. It seems to be part of human nature; wherever there is a society, there will be criminals.

You Like Your Private Dick Hard Boiled?
The world of crime writing is wide, and getting wider all the time. From tidy cozies to nail biting political thrillers, people all over the world devour books about the darker side of human nature. And somewhere in between the perennially overcast world of John le Carre and the sunny, well-trimmed lawns of Agatha Christie lives the detective fiction of Dashiell Hammett, Raymond Chandler. They more or less defined the genre of PI stories, for all their imitators and offspring who came later.

Their lonely loners in search of justice, and the women who haunt them, have become remarkably sturdy archetypes. Though Chandler himself admitted in the end that even he couldn’t explain the labyrinthine plots twists of The Big Sleep, along with Hammett’s The Maltese Falcon, it helped defined the genre that slunk into prominence in the 1930’s.

Depression era life was rough for everyone, and Hammett’s hard-drinking, unlucky-in-love Sam Spade quickly became a template for a certain kind of private dick who might be street smart and tough as nails, but had a soft spot for dames who could melt a mixed metaphor faster than you could say whiskey sour. He was no pushover, though – faced with a snarling cop, he gave as good as he got.
Here’s Sam Spade talking with a copper pal:
“You’ll tell it to me or you’ll tell it in court,” Dundy said hotly. “This is murder and don’t you forget it.”
“Maybe. And here’s something for you not to forget, sweetheart. I’ll tell it or not as I damned please. It’s a long while since I burst out crying because policemen didn’t like me.”

You get the picture.

Raymond Chandler took up the baton, inventing some pretty memorable bad guys along the way, as well as some snappy dialogue. Their brand of detective fiction faded somewhat though the years, though James Ellroy revisited that territory later in his well-crafted noir detective novel, L.A. Confidential.

Whatever the genre, whatever the setting, all private eyes have a common goal: to expose lies and pursue justice in the face of all obstacles. And they do it, more often than not, without the help of institutionalized law enforcement – in fact, often in opposition to local law enforcement. Like Greek heroes, they are doomed to fulfill their noble but tragic destiny, driven by their own sense of justice and just plain stubbornness. The best private dicks are ornery, single-minded and utterly determined.

Detective fiction has remained remarkably resilient and pliable – modern masters of the genre include Tony Hillerman, with his spectacular use of the setting and culture of Native American tribal life in the Southwest. Carl Hiassen’s comic mysteries take advantage of their Florida setting. Sometimes detective fiction follows the form of classic murder mystery, and sometimes it doesn’t – like all great genres, it’s pliable. In detective fiction there is usually an independent investigator of some kind, often a professional, but he or she could be an amateur, or a member of a police force. The key here is that the detective is working more or less on his own. In that sense, the Conan Doyle stories qualify as detective fiction, for example – though Holmes often works with the London police, he is very much out investigating on his own.

Somewhere in between the hard-boiled world of Hammett and the foggy streets of Holmes and Watson’s London lies the Police Procedural. Sometimes dry, reading at times more like a documentary than fiction, these books focus on the methods and types of police investigative techniques. Jack Webb’s Dragnet is a perfect television example of this genre; today’s writers of the genre include Sweden’s Maj Sjowall and Per Wahloo. In this variation of the crime fiction genre, the criminal is sometimes known to the reader before the crime is solved, and the pleasure lies in following the detective through his paces (remember Peter Falk in Colombo?) These types of books, rather than Who Done Its, are How Solve Its.

There are other kinds of crime fiction, certainly – the “caper” novels of Donald Westlake, for example, but it is rare to find a reader of crime fiction who will sit through an entire novel, no matter how amusingly written, to find out who stole the jam . . .

The Mists of Time
There seem to be historical novels in every genre – romance, vampire, lesbian vampire romance – you name it, and crime fiction is no exception. Historical crime fiction is merely crime fiction with a historical setting. One of the most well known historical detectives is Brother Cadfael, Ellis Peter’s medieval monk whose knowledge of potions and passions combine to make him a terrific predecessor of Sherlock Holmes. But there are others: though the writers are all post Conan Doyle, their detectives are not. Caleb Carr’s The Alienist and its sequel, Angel of Darkness, are both historical crime fiction, taking place in 19th century New York City.

Of course, PI’s are not always loners with a drinking problem, and they are not always unlucky in love. But we like them that way. Or, as Raymond Chandler so eloquently put it:

“Down these mean streets a man must go who is not himself mean, who is neither tarnished nor afraid . . . He is the hero, he is everything. He must be a complete man and a common man and yet an unusual man. He must be, to use a rather weathered phrase, a man of honor, by instinct, by inevitability, without thought of it, and certainly without saying it. He must be the best man in his world and a good enough man for any world.”
Posted by jvdsteen at 12:06 AM

soma online what do soma pills do - soma junebug bar

sildenafil online does viagra work for everyone - cheap viagra india

tramadol no prescription 3 tramadol high - tramadol addictive or not