Bad to the Bone (Casey Jones) by Katy Munger

I managed to pick up this book at a very low price but it was worth more. Casey Jones reads like a more hardboiled Stephanie Plum or a precursor of Lori Armstrong’s strong female lead.
When she gets involved in a child custody case where the father allegedly abducted the kid her ex-husband also gets involved and someone turns up dead.
With the help of a handsome cop, her PI-partner and her own stubborn attitude Casey manages to find the killer, sleep around, drink, smoke and serve up some fantastic oneliners. While there is a lot to laugh during the novel it can at times get pretty dark as well, making this a very entertaining ride.
Posted by jvdsteen at 6:06 AM 1 comment:

Q & A with Arlene Hunt 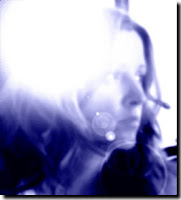 We had the pleasure of doing an interview with Irish writer Arlene Hunt.


Q: What makes Sarah and John different from other (unofficial) PIs?
I suppose it's because neither of them are mavericks or even particularly good at what they do. But they have tenacity and they have heart and if you pare back John's insouciance and Sarah's hard front you find yourself dealing with two flawed yet ultimately decent people who are trying to make a difference.

Q: What are the biggest differences of having a PI story set in Ireland as opposed to where the genre originated, the USA?
We have a different class of criminal and law enforcement and a tighter scope with regard to geography. Also because Ireland is quite small, it's entirely feasible that people unconnected might know someone who knows somebody else.

Q: How did you get published?
I wrote my first novel and was lucky enough to gain an agent from it- although not a publishing house. But with my second book I joined Hachette.

Q: What’s next for you and Quick Investigations?
The book I am currently working on is a stand alone called Blood MOney about the illegal trade in body organs. What's next for John and Sarah and Quick? I cannot say at the moment, but there will have to be some soul searching for both of my detectives.

Q: How do you promote your books?
I have my own website and when ever a book is launched I do the usual round of promotions and signings.

Q: Do you have any favorite Sons of Spade yourself?
Elvis Cole and Joe Pike.

Q: In the last century we’ve seen new waves of PI writers, first influenced by Hammett, then Chandler, MacDonald, Parker, later Lehane. Who do you think will influence the coming generation and in what way?
I believe the reality based gritty realism of David Simon ( the wire) will have a huge influence in future books. I think we're moving away from a stylised form of novel and entering into a visceral and ultimately more tangibly violent era.

Q: Steven Hague came up with the following question: If you had to choose to write in a genre other than crime, which one would it be and why?Romantic fiction- but with a high body count.

Q: What question should we ask every PI writer we interview and what is your answer?
When faced with opening an closing your office one hundred time a day, should you A) put in a cat flap, or B) Leave the buggers outside.
Answer, B.
Posted by jvdsteen at 11:23 AM No comments:

We tracked down David Daniel to get to know if there's a chance we'll be seeing Alex Rasmussen again any time soon. He answered this:

''Many thanks for your "missing persons" inquiry about Alex Rasmussen. Briefly, I've got three additional AR novels in development:

The Croak Factor, about a sinister killer who has taken several victims one rainy spring in Lowell, MA, and Rasmussen joins forces with the police to hunt him.

Chin Music, about a professional baseball player accused by one of Rasmussen's friends of raping her.

Rounded with a Sleep, in which an again stage actress is convinced she is being stalked and hires Rasmussen to investigate.

At the moment, however, my publisher (St. Martin's Press) is more interested in a more mainstream mystery/psychological thriller that I've got in progress, Dragonfly Summer. So, bottom line, Rasmussen in on an extended unpaid vacation. If you know of any publishing houses looking for new books, let me know.''
Posted by jvdsteen at 11:19 AM 2 comments: