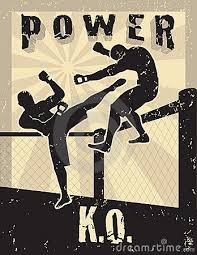 Every now and then I start a novel but I decide to go in another direction. Still, the first chapter I was writing makes for a nice little short flash fiction tale that shows how tough our man Noah Milano is... So here it is...

Business was exceptionally slow. You’d think the crisis would make more people go out and steal or kidnap folks, resulting in a higher demand for a security specialist like myself. I had been forced to dabble in private investigations as a result before, but even that wasn’t really paying the bills these days. I guess that kind of work went to investigators with nicer offices or that didn’t have the reputation of being the son of a mobster following them around. Anyway, that’s why I was forced to add process serving to my services. Noah Milano, Security, Investigations and Process Serving. Soon I’d have to add housekeeping and gardening to the list.
I’d been sitting in my Dodge Charger for hours now, listening to the new Drowning Pool record and an audiobook by Michael Connelly. I’d eaten three donuts and downed three coffees. I hated peeing in empty bottles but also had a hard time staying awake without caffeine. I was just hoping my target would show up soon.
My target’s name was Julian Brooks, who makes his living as MMA fighter. That’s why it was hard for his agent to find someone willing to serve him. Personally, I’m not as intimidated by guys who break people’s bones in the ring. I’ve been honing my skills on the streets, where stuff gets a lot rougher than in the ring. My dad’s hitman / bodyguard Kane taught me to fight and I have been forced to keep up with my fighting skills ever since, either because of guys coming after me because of my father or during my work as a security specialist. You come after me with a gun, I get worried. You try to take me on with just your fists, I’m pretty sure I can get things under control. Of course, I was still hoping I would be able to serve Brooks without any fisticuffs.
I found out where Brooks’ girlfriend lives and I’d been parked across from her apartment waiting for Brooks to exit. I figured there wasn’t a better time to catch him unaware than in post-coital bliss.
And there he was. Big, muscular guy, shaved head, goatee, black leather jacket costing more than my entire wardrobe and lots of gold around his neck and fingers. Some of that gold came from deals he made with other agents, breaking his contract with the guy who hired me. That’s why he was being asked to appear in court. He walked out the door of his girl’s apartment and headed over to his Cadillac.
I got out of my car and walked over to him. “Julian Brooks?”
“I ain’t in the mood for no autographs, man,” he told me.
“That’s not what I’m here for,” I said and shoved the serving papers into his jacket pocket. “You’ve been served.”
“What? Asshole!” Brooks said and pushed me in the chest. I managed to stay on my feet, but it was one hell of a push.
“Sorry, man. Just doing my job,” I said.
“Yeah? I’m gonna take you apart for that, motherfucker!” Brooks yelled and his fist travelled to my face. Those rings on it were going to hurt if they hit me.
I blocked his fist with my left arm, kicking his knee as a follow-up. He was pretty quick though and twisted his knee enough for me to barely graze it.
His elbow hit me in the chest with dazzling speed. It was like getting hit by a truck. Then there was a foot against my chin before I could think of a counter. I had to admit, this guy was fast and sure as hell could fight.
I was beginning to think I shouldn’t have left my Glock in the car. That thought was confirmed with a fist to my breadbasket. I wheezed. I was starting to understand why this guy was such a successful MMA fighter. Still, if he was going to kick my ass to the hospital my mentor Kane was going to visit me and kick my ass again, angry because he taught me better than getting beat up by someone who fought as a sport.
“Fuck this!” was my battle cry as I spin-kicked him in the face. That got him woozy enough for me to grab his jacket and smash him into his Cadillac. He hit the closed door with his face and sank down on the concrete. He tried to get up but I opened the car door right in his face two times. Blood ran down the door. Brooks sat against the car with his eyes closed and his lights out.
That all got a hell of a lot uglier than I’d planned. And to think I had another document to serve. Luckily that sounded like an easier job.
I walked to my car, ignoring the people coming out of their homes or cars, daring to take a closer look now the fight was finished. I had to get out of there before someone called the cops. I’m not exactly the best of friends with LA’s finest. Something to do with them not liking the son of known mobster.
I wasn’t happy with what I saw in my rearview mirror. My chin was looking pretty bruised. Good thing Brooks’ other hits were in the gut and chest of course, if they had landed in my face it would have been even worse. I wouldn’t want to turn off the ladies. Well, I sure as hell got even with him.
I started the Dodge and drove off, making my way over to the next address on my list...

Hungry for more Noah Milano action, click this link....
Posted by jvdsteen at 8:05 AM No comments: 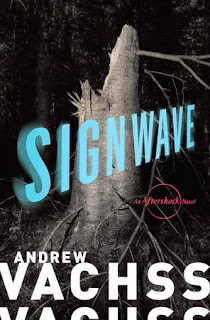 All fans of Vachss know that his books are less about the narrative and more about the messages and characters. This novel in the Dell/Aftershock series is no exception and I was eager to see the ex-mercenary return. Dell's history as a mercenary is very interesting as are his views on the world. His methods are very inventive and hardboiled.
Dell can be even more ruthless than Burke used to be, even though he has a wife. In fact, that relationship is the one who gets him involved with the bad guys most of the time. Here his wife, Dolly, gets a veiled threat that sends Dell after prominent local figure and his plans with the environment.
As always the prose style is very engaging and hardboiled, the story nice and dark. What I really enjoyed was the return of some characters from the second novel, like Mary Lou.

Posted by jvdsteen at 5:15 AM No comments: 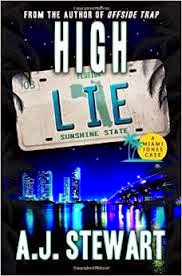 Miami Jones is a PI working in Palm Beach together with his partner Ron. Miami is more or less a PI in the Elvis Cole mode, that is he owes a lot to Spenser. He's got a lot of Cole's laidback style and a psycho sidekick like Cole and many private eyes that came after Spenser have.
He's not the most original PI to come along, but surely one of the most enjoyable ones. Both very human but tough enough to face the baddies Jones is one to watch for.
I must say his partner Ron seemed a bit dull to me and I really don't think there's much for him to do that sidekick Lucas (Australian ex-SAS) wouldn't be able to do. Jones' significant other is a likable character, she's a deputy sheriff so she can take care of herself better then, say, Susan Silverman.
When a young boy is fished out of the water by Miami's pal Lucas he sets out to investigate who and why dumped the kid in the water. He gets involved with some shady characters involved with gambling and the kind of forgotten sport Jai Alai.
The story flows nicely, without too much fluff / scenes to just fill the pages. The mystery is good enough and the action is well-written and easy to follow.
Will be reading more in this series.
Posted by jvdsteen at 5:03 AM No comments: