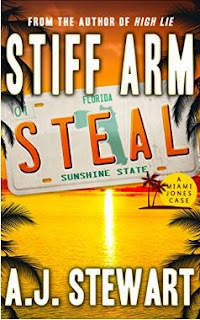 When a football prize is stolen from a media personality he hires Miami Jones to get it back. It turns out his isn't the only one that gets stolen and Miami Jones follows the tracks to the thief.
The relationship with Miami's deputy girlfriend is written pretty nicely and the book is easy to read. In the middle stuff gets a bit dark which almost seemed out of character for Miami but it sure gave it the hardboiled feel that I like.
What I am mystified about is why Miami also has a partner, Ron. This guy seems to have almost no personality or reason to be in the story.
Easy, beach read, even more so because it takes place in sunny Florida.
Posted by jvdsteen at 1:36 PM No comments: 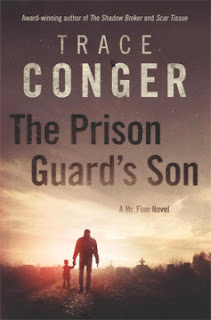 Posted by jvdsteen at 8:56 AM No comments: 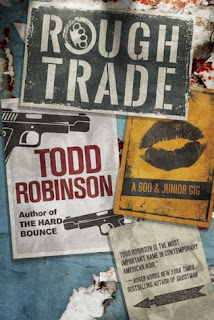 We had to wait a very long 4 years for the follow-up to Todd Robinson's Hard Bounce (my ) but here it is and it is worth the wait.
Our favorite bouncers Boo and Junior are back, playing white knight for a friend of a friend who is being stalked. When the stalker is killed and Junior is the suspect the trouble really starts. It takes the help of their friends Ollie and psycho sidekick Twitch to survive this adventure.
There's brutal fights, some sex and a lot of bad jokes. All the good stuff dudes like. What there also is, however, and this is what makes this such a wonderful book, is a hard look at how macho males perceive the gay community as Boo finds out his world is way different from what he thought.
As fun as it is moving this is another example how you can write a very different and original modern day PI novel without making it about zombies.
Posted by jvdsteen at 2:41 AM No comments: