Q & A with Joe Lansdale 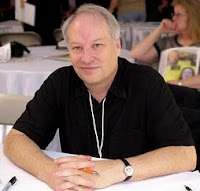 Q: What makes Hap & Leonard different from other (unofficial) PIs?
I think their backgrounds are different. They aren't the first blue collar guys to do private eye type stuff, but they are really, really blue collar and it's my own background. Hap is a liberal, Leonard a conservative, not a right winger, but an old fashioned conservative, and in ways, Hap is an old fashioned liberal. Hap is heterosexual, Leonard is gay and proud of it and obviously masculine. Hap is introspective, Leonard not so much. I think the contrast is what makes the series work. I'm less interested in plot and more interested in those two characters. Seems to be the same for readers.

Q: How did you come up with the characters?
I based a lot of Hap on myself, and Leonard on friends of mine. It's that simple. But, of course, a lot of who they are is made up. I had a number of the jobs Hap had, and some of the other experiences. No murders and killings, but the background.

Q: What do you like writing best: horror or crime?
I like them all. I really love Westerns, and though I've written in that genre, my favorite being THE MAGIC WAGON, I want to do more, and plan on it. But, I love Science Fiction, Speculative Fiction, Fantasy, absurdist, "literary" stories, you name it. Second to that, I enjoy screenplays and comics and essays and plays. I've even written a few poems, but I'm not a great reader of poetry, and I'm not much of a poet. I like poetic language better than I like pure poetry.

Q: What's next for you and Hap & Leonard?
I just finished a new book, DEVIL RED. A little different for the boys, more introspective and moody.

Q: How do you promote your books?
My publisher sends me on tours, and I've started using the internet more. Word of mouth is still my best way of promotion.

Q: Do you have any favourite Sons of Spade yourself?
I loved Parker's novels, even though I felt they had gotten somewhat thin and repetitious. But I read them all. I like James Lee Burke for prose. Hell, they were both good prose writers. Just different.

Q: In the last century we've seen new waves of PI writers, first influenced by Hammett, then Chandler, MacDonald, Parker, later Lehane. Who do you think will influence the coming generation and in what way?
James Lee Burke, most likely. I keep hearing from writers who claim I'm a big influence, and that's nice.

Q: E. Michael Terrell came up with the following question: If your PI could choose to be a comic book superhero, which would he choose and why?
Well, my Hap and Leonard books have two heroes. Both would want to be Batman and claim the other one was Robin.

Q: What question should we ask every PI writer we interview and what is your answer?
Are you having fun? That's the key for both writer and reader. I don't write for anyone but me, because I'm the only reader I know. But my guess is there are a lot of readers like me out there.
Posted by jvdsteen at 8:19 AM No comments: 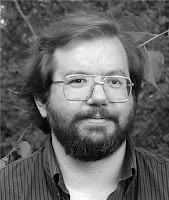 Stephen D. Rogers is the author of SHOT TO DEATH(ISBN 978-0982589908) and more than six hundred storiesand poems. He's the head writer at Crime Scene (where viewers solve interactive mysteries) and a popularwriting instructor. For more information, you can visit his website, www.stephendrogers.com, where he tries to pull it all together.
He's also our special guest blogger today.

You could learn a lot about a community by analyzing how they dealt with their trash.- APPEARANCES TO THE CONTRARY
So begins one of the 31 stories contained in SHOT TO DEATH(ISBN 978-0982589908). Within that beginning lurks the endingto the story and everything that happens between the beginningand the end. Or at least it seems that way to me.
The main character in APPEARANCES TO THE CONTRARY has to be a private investigator. Who better to learn about a community or analyze trash?
I felt the opening sentence consisted of two parts that pivoted around that "by." Learning about community depended on analyzing trash, and knowing what trash to analyze depended onunderstanding the community. The juxtaposition of the singular "a community" and the plural"they dealt with their trash" raised the specter of a communityof communities. The private investigator thus interacts with his client who spends much of their conversation interacting with her friends. The private investigator only gets anywhere with the target after separating him from his coworkers. The client and the target live in the same community and were once a community unto themselves. What is the trash produced by each community? What does that trash say about each of the communities represented?
Where does community end and trash begin?
In the two-part opening sentence, the words in the power positions are "community" and "trash." That told me both that the story was going to keep visiting those two ideas and, since "trash" was in the more powerful position, that the story was not going to end happily ever after. But one person's trash is another person's treasure. How wasthat truism going to play out for the victim? For the target? For the private investigator?
Does the lone wolf private investigator comprise a community? If so, what trash is produced by that community of one? Whattrash is produced by the community of private investigator and client, by the community of private investigator and target?
As soon as I wrote that opening sentence, I stood astride it,one foot on either side of the pivotal "by," gaining enough height to see where the story had to go. All that remained was the writing.
For a chance to win a signed copy of SHOT TO DEATH, click on over to http://www.stephendrogers.com/Win.htm and submit yourcompleted entry. Then visit the schedule at http://www.stephendrogers.com/Howto.htm to see how you can march along. And then come back here to post your comments. Phew.

SHOT TO DEATH contains thirty-one stories of murder andmayhem.
"Terse tales of cops and robbers, private eyes and bad guys, with an authentic New England setting."
- Linda Barnes, Anthony Award winner and author of the Carlotta Carlyle series
"Put yourself in the hands of a master as you travel this world of the dishonest, dysfunctional, and disappeared. Rogers is the real deal--real writer, real story teller, real tour guide tothe dark side."
- Kate Flora, author of the Edgar-nominated FINDING AMY and the Thea Kozak mysteries
"SHOT TO DEATH provides a riveting reminder that the short story form is the foundation of the mystery/thriller genre. There's something in this assemblage of New England noir to suit every aficionado. Highly recommended!"
- Richard Helms, editor and publisher, The Back Alley Webzine
Posted by jvdsteen at 12:14 PM 279 comments:

Steeg is quite a hardboiled hothead but still the methods of his brother are even a bit too hardboiled for the detective. One of the most important parts of the novel is how Steeg tries to walk the fine line between good and evil.
What distinguishes him from his brother and his thugs?
The dialogue is very snappy, the prose very tight, making this a very fast but satisfying read. A lot of that satisfaction comes from the twist at the end. I sure as hell didn't guess whodunnit.
If you're looking for a cross between Robert B. Parker and James Lee Burke this novel's for you!
Posted by jvdsteen at 11:41 AM 1 comment: