Hope for the Wicked (Larry Laughlin) by Edward Lorn 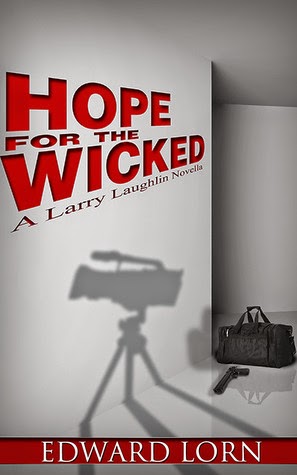 I've read some pretty hardboiled books in my life but this one kinda takes the cake. No wonder this one is labeled as horror instead of crime.
Larry and Mo are retired hitmen now working as PI's. Their dog is called Curly. That sounds funny, right? Well, a laugh-fest it's not. You see, they weren't just your average hitmen but specialized in killing pedophiles in gruesome ways, survivors of sexual abuse themselves. The scenes of torture when Larry tells about his past hits are pretty shocking.
The PI's are hired to find a missing daughter and as an added bonus request to kill her abductors. What follows is a series of flashbacks, gunfights and scenes of rape and torture that make Hostel look like a Pixar movie. I figure it's also the first time I've seen bestiality appear in a PI tale.
Still, I was able to stomach the gruesome scenes thanks to some pretty crisp writing and the original premise. If you like horror as much as PI novels you might like this one. If you think Robert Crais novels are violent, just don't pick up this one. And hey, they get in a fight with killer luchadores, so that's pretty cool, right?
Posted by jvdsteen at 5:57 AM 1 comment: 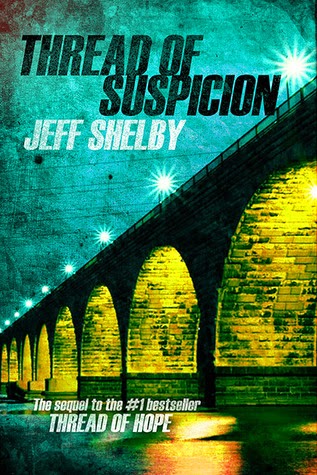 I praised the first in the Joe Tyler series before so it shouldn't be a big surprise I liked this one as well. I just think Joe is one hell of a character and the idea of a lone man trying to find his daughter while helping out finding other people help their children is a great concept. Together with the sparest and most effective writing style since Robert B. Parker Jeff writers my kind of book.
This time Joe ends up in Minneapolis, brought there by a picture of his daughter with another girl. He meets a woman who helps runaways and aids her in finding the missing son of a mobster. During his stay he gets some surprising clues about his daughters whereabouts.
I loved this one, but not as much as the first novel. Part of it might have been the fact the surprise effect of this great protagonist was gone, part of it was the story seemed a bit thinner than in the first one. Nevertheless, if you like hardboiled fiction you need to read the Joe Tyler series. Period.
Posted by jvdsteen at 5:59 AM No comments: 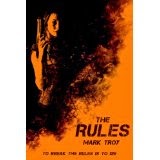 I know Mark Troy's work from his Val Lyon stories that used to appear online in the past. I was eager to check out his new Ava Rome series. I love novellas, so that was an extra plus for this one.
Like my own Noah Milano Troy's Ava Rome is a security specialist, specializing in bodyguarding. In this novella she's hired to protect a wealthy young man. When she's starting to get attracted to him and a hurricane is nearing things get pretty dangerous for Ava.
I liked this one. A fast-paced quick read which did a great job at introducing Ava Rome, a very strong female lead and managed to surprise me a few times.
I'm happy to tell Mark Troy will have an Ava Rome story appear in the second Shamus Sampler, coming soon.
Posted by jvdsteen at 12:59 AM No comments: 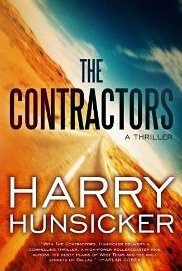 As a fan of Hunsicker's previous book (the Oswald series) I was excited to read this new novel, especially since it's been quite some years since his last one.
What can be found between the pages of this one is the same dark vision of Dallas, fast-paced plot and dialogue and a fair amount of action. The tone is bit grimmer though, where the Oswald series had a fairly goofy bunch of characters this one's characters are a bit darker and less prone to quips. The action is even bigger than in Hunsicker's last Oswald book. Yeah, where the Oswald books were mysteries in the vein of Robert Crais this is a thriller in the vein of Lee Child.
Jon Cantrell is a private contractor, working for the DEA on a commission basis, which I found an interesting situation. Together with his partner and sometime-lover Piper he ends up in possession of a star witness. What follows is a road trip through Texas with several violent encounters with past and new enemies. There's some time for good characterization among the explosions and firefights though, as a result of Cantrell's dysfunctional family, ex-cop past and Piper's remarkable hobby.
All in all an action-packed and dark ride that will appeal to lovers of general action thrillers but probably less to readers craving a bit more mystery.
I will be sure to pick up the next one in this series to see what happens to Cantrell and Piper.
Posted by jvdsteen at 6:41 AM No comments: 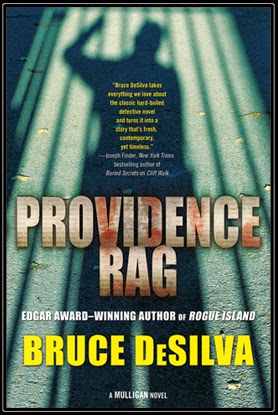 I loved the first two Liam Mulligan novels so was eager to read this one, sure I would enjoy it as much as I did those two. I was wrong. I enjoyed it even more.
Where the first two were relatively enjoyable but standard PI books where the PI role was taken by a reporter this one is a very different kind of novel. This time the POV is not first person anymore and the scale of the story much bigger.
We follow reporter Liam Mulligan helping the cops put a young serial killer in jail and later we see how he works to dig up the dirt on the killer to make sure he stays in jail. Meanwhile there's a younger reporter trying to show the serial killer has been kept in jail because of trumped up charges from wardens. They are in a race with very different goals, but in the end they need to work together in order to save someone dear to the young reporter's heart.
What makes this novel so great? It's the fact that is all seems so real, with the involvement of politics, a shock jock, lawyers... It's almost as if you're reading a true crime novel, just gripping you in a way as you soon forget this is all just fiction. Part of it can be explained by the fact this one was inspired by a true story, but most of it comes from the excellent way DeSilva plays with the several POV's and the crips, reporter-style writing.
This one puts Bruce DeSilva into Michael Connelly territory and personally I think this could be a great DeNiro / Pacino vehicle.
Posted by jvdsteen at 7:55 AM No comments: