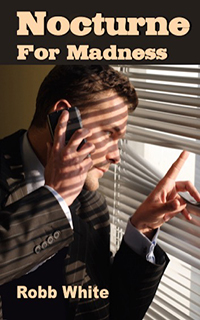 This was one hard to read novel. Not because of the writing, but the fact it was so dark and sometimes shocking I had to put it away. Haftmann is not the light-hearted hero like Spenser or Elvis Cole and the bad guy is not an amusing mobster like Joe Broz.
Ex-cop Haftmann is a drinker, a gambler and mentally unstable. He's also on the trail of a serial killer that kills women who he picks up from swinger sites. Working with, but still hated by the police and FBI we follow Haftmann's descent further into insanity on his hunt for the killer.
The writing is dark and lyrical, gruesome details are not spared at all. The atmosphere unsettling.
So, if you that Andrew Vacchs writes too light-hearted and Spenser novels are too Disney for you, this is your book.
Posted by jvdsteen at 1:49 AM No comments: 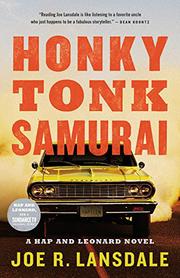 There will probably be a lot of extra readers for this one because of the Sundance TV show based on this series. Well, let me tell you that it's not written for those new readers. It does give the loyal fans all the Dr. Peppers, vanilla cookies, laughs and outrageous characters they can want.
In this ninth novel in the series Hap (our narrator) and Leonard (a gay black tough guy) become official PI's. The first case involves the search for the missing daugther of an old lady. What they stumble upon is a used car dealership that is a cover for an escort service.
Their investigations lead them to do battle with the toughtest, craziest bunch of villains they ever faced. Luckily, they have some of the toughest, craziest bunch of partners to help them out.
This book is very violent, sometimes very funny, often in a crude way and yet still very endearing at times. This is one of my favorite series of all time and this one shows again why.
Beware, the ending of this one will very much surpise and sadden you.
Posted by jvdsteen at 1:41 AM No comments:

Q & A with Grant Bywaters 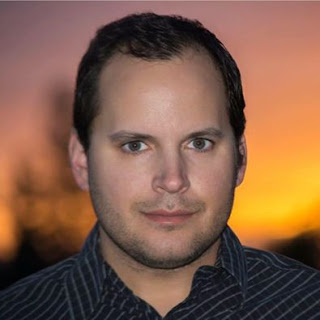 When you win the prize for  Best First Private Eye Novel in the PWA competition you are bound to draw my attention. So I interview Grant Bywaters about his debut novel and his own PI work.

Q: What makes your William Fletcher different from other hardboiled  characters?
Fletcher is a black man trying to make a living as a private detective in the late 1930s New Orleans. Unlike your conventional detective of that time period, Fletcher has to navigate through segregation laws and racial tensions which make his job more difficult.
Fletcher also carries a deep bitterness from not getting a chance at fighting for the heavyweight title in his youth which was due to the color line being drawn after the country’s call for a Great White Hope to defeat the first black heavyweight champion Jack Johnson were answered. Fletcher was one of many great black heavyweights during this period that never got a chance to fight for the title for decades until Joe Louis came around.

Q: How did you come up with the character?
During the time I was getting my private investigator license, I was also working on my Associate’s Degree. I was taking an African American history class and the two things going on in my life kind of blended together. I got to thinking how difficult it would be doing my job during times of segregation. That’s when the first concepts of my character started emerging.

Q: What are your thoughts on the whole eBook revolution?
eBooks are today’s version of the paperback novel and before that dime novels and magazines. Which is interesting since the great writers that defined the hardboiled genre all started off writing in dime magazines, like The Black Mask. They also faced the same unfair stigmas that eBook authors face. That it is not a legit form of publication. That the majority of work in this format is unreadable.
For me personally, I have no issues whatsoever for eBooks and indie authors. I am all for getting your work out there.

Q: What's next for you and your characters?
I will be starting the next installment very soon. I have a vague concept of what will play out. What I can say is Fletcher’s years in the ring will continue to haunt him.

Q: What do you do when you're not writing?
I went back to school recently to finish my BA in Psychology and will be graduating next year. So outside of school, I like playing and watching sports. I am a big sports fan. I also like motorbiking and I am planning on taking the bike out on some trails this summer.

Q: Can you tell us a bit about how you won the PWA First PI Novel?
I sent my manuscript into the contest in June of 2014 and a couple of months passed and I had forgotten I had even sent it. Then in September just before I was to start fall classes I check my phone and saw the email congratulating me on winning. I had to read it over a few times to make sure it was legit. It was a very surreal moment. So that November they had me go out to Bouchercon in Long Beach where I got my award and then I started working with my editor to get the story ready for publication.

Q: How has being a real PI influenced your work?
I worked mostly in workman compensation fraud. For instance, catching individuals reroofing their house on the weekend when they claim that their back is broken and they can’t even get out of bed. For my writing, I tried to do away with some of the unpractical things you see in literature and movies involving private investigators. For example, we all know the now cliché scene of the femme fatal showing up to the detective’s office wanting help. Well, I never had an office nor did the investigators I know have one. It was just an unnecessary added expense. You usually met clients at their home, their office, or a coffee shop. Your car was pretty much your office because you were always in it. So Fletcher also does not have an office.
Also, I had Fletcher actually do some sort of paperwork, something you hardly ever see. Paperwork is pretty much your job because that’s how you get paid and represent yourself if you ever get called to court. From day one, you are constantly being told: “If it is not written down, it did not happen.”

Q: How do you promote your work?
I was fortunate enough that my publisher provided me with a great publicist, Shailyn Tavella. On my own end, I have been working on building up my hometown readership by doing the local media and radio show circuit along with an upcoming book signing. I am also a big fan of doing giveaways and other interactive ways of promotions.

Q: What other genres besides crime do you like?
I am a big history buff, so I like to read a lot of non-fiction historical books. I like to know how things came about. From Augustus Octavius building The Roman Empire to the story of Hannibal crossing the Alps on elephants in the Punic Was to how the Hoover Dam was built and the history behind it. I am a sucker for it all.

Q: What's your idea about the psychotic sidekick in PI novels like Hawk and Joe Pike?
It is a vital dynamic. You can have a psychotic sidekick as long as the main character is more grounded. It doesn’t work if both characters are crazy because then it just becomes the norm and usually the story will suffer for it.
For example, in the first season of True Detective, McConaughey’s character was eccentric and the almost crazy one while Woody Harrelson’s character the was more grounded one. However, in the second season, all the characters had psychological issues so nobody really stood out the way McConaughey’s Rust Cohle did.

Q: In the last century we've seen new waves of PI writers, first influenced by Hammett, then Chandler, Macdonald, Parker, later Lehane. Who do you think will influence the coming generation?
Only time will tell. There are a lot of great new mystery writers out there, but it seems the entire genre is changing. I read an article in the New York Times a few years back proclaiming the death of PI fiction because of the internet and investigators being able to do their work without getting out of their bathrobes. I wish that was the case when I was doing the job instead of following people and doing a lot of waiting. Yes, you can now do more stuff online, but it is only a tool. And more and more modern detective stories have incorporated the new technology. The biggest example, of course, being Lisbeth Salander from the Millennium Trilogy.

Q: Why do you write in this genre?
I have always like writing and investigative work. So the two really just go hand and hand. Eventually I’d like to branch out to other genres like thrillers and suspense. But detective fiction and noirs really are my calling. I love the rich characters, the realism, and psychological aspects of the genre.
Posted by jvdsteen at 4:45 AM 1 comment: