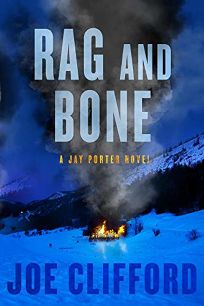 Jay Porter has been on a crusade against the Lombardi family for some time (and three novels). He returns home after a year on the run. He sets out to investigate who set fire to his old friend Alison's farm. The thing is, Porter stories are never really about the crime but all about the man. Jay is such a strong and damaged character his life story is what makes the book great.
Smoking, drinking, getting beat up Jay Porter is a real anti-hero. He also has a desire to find out the truth, more as a way not to think about his problems than anything else though.
He's close to losing all ties to his son which for make some heartbreaking scenes as a father myself. They are written so powerfully I had to stop reading several times during those scenes.
Powerful, dark stuff. And a great farewell for this series.
Posted by jvdsteen at 12:08 AM No comments: