This hasn't been my most active year as a writer or a reviewer, personal issues and work as well as my gig as rock journalist taking up a lot of my time. Still, I read some good stuff this year and here are my favorite PI reads of the year... 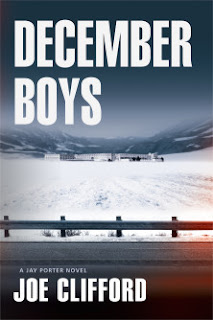 Jay Porter, after some traumatic events involving his brother's death in Lamentation is back. He's working as an insurance investigator now. He learns while investigating a claim that a young boy went to a hardcore behavioral modification center for a minor crime. When he finds out there's a lot of similar cases he decides to find out what is going on, aided by an attractive young clerk. It turns out there's some ties to his brother's death as well.
This is a true hardboiled, noirish tale. Porter is having a hard time dealing with his relationship with his wife, his brother's death and just himself. An upbeat tale this is not. It is dark, moving and rich.
I do recommend reading Lamentation before you read this one though.
Posted by jvdsteen at 5:35 AM No comments: 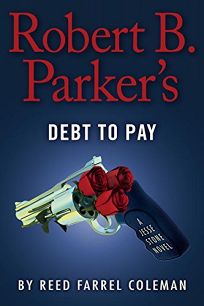 Jesse Stone is invited by his ex-wife to be at her wedding. Loyal readers of this series might understand this will be challenging for him.  When Mr. Peepers, a recurring villain and psychopathic assassin is back with revenge on his mind Jesse understands he will have to be at the wedding, if only to protect his ex-wife from Mr. Peepers. Good thing his new girlfriend is ex-FBI and willing to go with him.
Mr. Peepers is almost to Jesse what The Joker is to Batman. Very skilled but also very crazy we see him in action a lot and are treated to his dangerous mind. I usually dislike to many POV's from the villain but Mr. Coleman made it work for me.
As alway, Reed shows an understanding of the Jesse Stone character that makes you forget no he, but Robert B. Parker created him. His development of formerly minor character Suit is impressive as well. I guess that's where this novel shines, not in the fairly standard plot but in the understanding of the characters in it.
I was shocked by the death of a long-running Parker / Spenser character in the first few pages that had me put down the book for a few minutes. Still not sure about what I think about that, although I must praise Mr. Coleman for his guts to shake things up a bit.
Posted by jvdsteen at 2:53 AM No comments: