Finally the new Noah Milano novella is out! 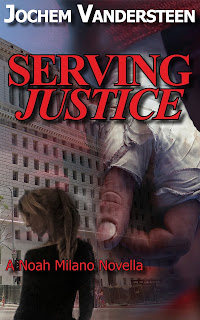 Finally the new Noah Milano novella is out! Get it here.

FOR FANS OF ROBERT B. PARKER, ROBERT CRAIS AND GOOD OLD-FASHIONED PULP FICTION

When security specialist and son of LA's biggest mobster, Noah Milano, moonshines as a process server and manages to piss off a MMA fighter and stumble on a corpse. He's enlisted to prove a beautiful woman didn't killer her husband, the corpse Noah found. Caught in a dangerous web of deception where danger lurks around the corner and it can be very unclear who is friend and who is foe Noah Milano fights for redemption... And to serve justice

PRAISE BY OTHER AUTHORS:
"Noah Milano is all too human, which makes him more appealing." Les Roberts, author of the Milan Jacovich series.

''Noah Milano walks in the footsteps of the great P.I.'s, but leaves his own tracks.'' Robert J. Randisi, founder of PWA and The Shamus Award.

Jochem's deep and abiding love for classic pulp fiction comes through on every page, and his stories continue the time-honored tradition of the hardboiled American PI." Sean Chercover, author of Trigger City.

''The writing is fresh and vivid and lively, paying homage to the past while standing squarely in the present." James W. Hall, author of Silencer.

''Great pop sensibility with a nod to the classic L.A. PIs.'' David Levien, author 13 Million Dollar Pop.
Posted by jvdsteen at 1:55 AM No comments: 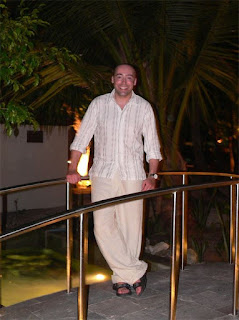 I always love it when writers put some kind of fresh spin on the PI job. J.T. Brannan created a cool spin of his one with  Colt Ryder, The Thousand Dollar Man. Here's what he had to tell us.

Q: What makes Colt Ryder different from other hardboiled characters?

He’s motivated by a deep-rooted sense of justice, it controls who he is as a person; and even though he charges a thousand dollars a job, he is not motivated by money at all. The money is only a symbol, to ascertain the seriousness of his potential clients. In this way, he’s not really tied to the things which define a normal person, or even a normal detective/PI/hardboiled character – money, property, personal relationships, and so on. He owns nothing except the clothes on his back, and his only friend is his dog, Kane. He is kind of like a monk, someone who has divested himself of the normal concerns of life and dedicates himself entirely to his cause. Although he is perhaps not quite as well-behaved as a monk!

When I was planning the series, I was reminded of the old A-Team TV show – combat vets from Vietnam roaming America, helping people in trouble. I thought it might be fun to come up with a ‘one-man A-team’, which is how Colt Ryder was born. And I thought that if he’s just one man alone, wandering the United States, he could do with a friend, which is why I came up with Kane, his half-Alsatian, half-Mastiff buddy. I love dogs, so I was very happy to have one as a character in the series; he keeps Colt company, and often helps him out when he needs it!

I’m a bit of a traditionalist really, so initially it took me by surprise. But it’s an amazing thing, it brings the joy of reading to a lot more people than may have been the case in the past. It’s also great from an author’s perspective, it has enabled writers to break free from the yoke of the big publishers and given everyone a relatively equal chance to be discovered. It’s democratized the industry to a large extent, and that can only be a good thing, for both writers and readers.

Colt Ryder is up to his neck in trouble next month, when THE THOUSAND DOLLAR BREAKOUT sees him uncovering an illegal fight club in San Quentin prison. I’ve got a new Mark Cole thriller out at the end of the year too, but before that, I’m also launching a new series called THE EXTRACTOR, which will definitely be interesting – watch this space!

Q: What do you do when you're not writing?

Take my children to all of their activities! But other than that, I teach Karate and enjoy working out at the gym, playing tennis and walking the dogs. I also read at pretty much any opportunity I can get.

I often do interviews, and I am active on Twitter and Facebook. Through Grey Arrow Publishing, we also do certain sales promotions – sometimes we offer my eBooks for free for a limited period, or for a lower cost using tools such as Kindle Countdown, and so on, whilst with paperbacks we do prize giveaways. But mainly it’s through word of mouth and positive reviews, which help to create a loyal readership.

I’m a big fan of political, military and espionage thrillers. Any sort of thriller, really!

It’s got to be Lee Child, really – almost everyone has read a Jack Reacher novel at some stage, and with the added exposure from the recent movies, I think he’s going to leave an important legacy that will continue to influence writers in this genre for years to come.

Q: Why do you write in this genre?

I think it offers great scope for creating exciting stories which are rooted in a gritty reality that people like to read about. You can use real events, things that you read about in the papers – whether it’s the Mexican drugs trade, or government corruption scandals, or countless other examples – and develop exciting fictional stories out of them, darker stories with real atmosphere. It’s a fantastic genre, and I always hope that my passion for it shows through in my work.
Posted by jvdsteen at 7:08 AM No comments: 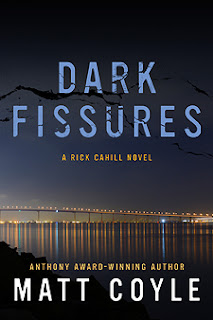 Matt Coyle's first two novels in this series were pretty well-received, and I enjoyed them a lot as well. The third one is good follow-up to those two, still having a bit different and a bit more action-packed feel than the first one. That action-packed feel comes from the fact the case Rick Cahill takes on in this one involves Navy SEALS.
Hired by country singer Brianna to find out if her husband's suicide wasn't really a murder he tangles with both Navy SEALS and the local cops.
Falling for the lady the case starts to get personal and Cahill has to prove just how tough he is.
Cahill is not the most unique or original character but he is engaging and feels real. The same goes for the plot. There's parts we've read before but Coyle ties it all together in such an enjoyable tale it is very satifsying.
Pretty fast-paced, well narrated but absolutely true to the legacy Raymond Chandler left this is the stuff dreams are made of if you're a PI fan.
Posted by jvdsteen at 3:48 AM No comments: 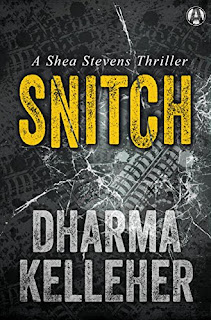 I liked the first novel in the Shea Stevens a lot because of the original protagonist and the rock 'n' roll vibe of the whole thing. I was less happy with the prose and the pacing sometimes. In this second Shea Stevens story Dharma Kelleher shows us what she has learned from writing that one. The pacing this time is excellent and fast-moving and the prose is tight and a pleasure to read. The protagonist is just as cool!
Forced to go undercover with a feminist group of bikers as part of a Criminal Informant contract she has to face off against some old biker enemies and her ex. Shea is taken to the edge of depression and death but manages to keep riding, shooting and punching her way out of trouble.
With trangenders, lesbians and gays as characters you might mistake this book for one catering to the LBGT-niche but that's absolutely not the case. While the sexual orientation of the characters carries some importance to them their main roles are not defined by this.
This is just a great, hardboiled en very action-packed mystery novel. In fact, I think Dharma did a fantastic job in writing easy to read but exciting action scenes.
Looking forward to Shea Stevens # 3!
Posted by jvdsteen at 3:58 AM No comments: