Q & A with Tom Hilpert 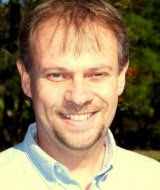 I was pleasantly surprised with Tom Hilpert's novel Superior Justice and decided to ask him some questions and see what makes him tick...

Q: What makes Jonah Borden  different from other hardboiled  characters?
All of this is only from my own perspective, of course. But I love the fact that Jonah is a hard-boiled pastor. He’s a man of God, but he still has these hard-boiled instincts. Partly, that’s just who he is. But maybe some of it also came from his father, who was a policeman. The faith element means that he has to struggle with his hard-boiled side more than some of your typical sleuths. He is more complex than a simple, straightforward tough guy. I really enjoy writing that interplay and that internal conflict.

Q: I noticed Jonah is a pretty good fighter, but reading the first novel I never really learned how /where he learned to fight like that and how he got that tough. Can you explain?
Yes, it’s true that I didn’t explain that very much in the first book. A little more of that back-story actually comes in in the third book, Superior Secrets. It’s not a big deal, however. It’s a combination, as I said, of who he is, being raised by a policeman, and spending his entire childhood and youth in martial arts to temper his aggressive nature.

Q: How did you come up with the character?
That’s actually a very complex question. And truthfully, I’m not sure that I have the complete answer. There’s something mysterious about the writing process, and in some ways Jonah just sort of appeared on the page in front of me.
I’m sure that you can tell I was influenced a little bit by Chandler, and Robert B Parker.
I will say this – Jonah’s copious coffee habit is a riff on the traditional hard-liquor consumption of traditional PI’s.
But I was also influenced by my own experience of knowing that many pastors are completely unlike the stereotypes that people have of them. I enjoy the idea of blowing up those stereotypes. And it seems to me that Jonah is a pretty real character, both in his hard-boiled nature, and in his commitment to faith. But mostly, he just showed up in my head one day.

Q: What are your thoughts on the whole eBook revolution?
I love e-books. 10 years ago, I couldn’t do what I’m doing with writing. And frankly, I’m a voracious reader also. The e-book revolution has made it much easier for me to acquire and read new books. I used to carry two or three books with me wherever I went – even to the doctor’s office or someplace like that. Now I carry a slim, light tablet on which I have over 500 books.
I think that publishing companies, by and large, have still not yet come to terms with what e-books mean for the industry. They seem to be stuck in the old print-book retail price-point model. It is simply ridiculous for publisher to ask $10 or more for product that costs them almost nothing. And it is criminal for them to expect to pay an author a mere dollar or two of that while they collect the rest.
Eventually, some publishers will figure it out, and the others will go out of business. I don’t know what things will look like then. But I’m thrilled to say that for now, authors like me can take advantage of the new technology, and grow an audience, and be successful.

Q: What's next for you and Jonah?
Well, in case your readers did not know, there are three published Superior Mysteries altogether: Superior Justice, Superior Storm, and Superior Secrets. I have completed the outlines of two more Jonah Borden books after those, and I’m pretty confident I will be releasing at least one new Superior Mystery sometime in 2015.

Q: What do you do when you're not writing?
Well, I guess I might as well puncture the bubble. Most of the authors in the world do not make a full-time living at it. Philip Craig was a college professor. William Tapley was a high school teacher until he retired; even Robert B Parker was a college professor until after his first several books had been published. Alas, writing is not yet my full-time living either. Maybe your readers can spread the word, and eventually change that situation for me. It certainly is growing already. In the meantime, in my “day job,” I am a pastor in a small town; however not on Lake Superior.
In my time off, I hang out with my family, hike, and fish.

Q: How do you promote your work?
For now, the best way has been through free giveaways on Amazon Kindle.

Q: What other genres besides crime do you like?
I’m a pretty omnivorous reader. I usually read about three books at once, and finish maybe one of them each week. So I do read a lot of mystery, also some fantasy fiction; sometimes I’m in the mood for good Western, or a spy/suspense novel. I usually also read something else at the same time, like maybe a biography, or some sort of history book, and/or something spiritual.

Q: What's your idea about the psychotic sidekick in PI novels like Hawk and Joe Pike?
There are times when both Parker and Crais overdo those characters – just at times, they seem a little too perfectly drawn. Even so, on the whole, I love both Hawk and Pike. In my own writing, though I am sometimes inspired by others, I don’t think you could say I’m an imitator, and so it never even occurred to me to include someone like that. It’s not because I don’t enjoy those characters, is just because those are not the stories I happen to be telling.

Q: In the last century we've seen new waves of PI writers, first influenced by Hammett, then Chandler, Macdonald, Parker, later Lehane. Who do you think will influence the coming generation?
I have no idea. I’m still reading those guys. Recently, I also started reading Rex Stout (Nero Wolfe). It’s clear to me that Parker was also influenced by Stout’s Archie Goodwin. Maybe there’s nothing new under the sun. By the way, I mention Stout because I think he is often overlooked, and he started writing not too long after Hammett.
I do think there’s a good future for well done, unique female PI’s like Janet Evanovich’s Stephanie Plum, though there are host of these that don’t play nearly as well as Plum. Perhaps the future will also include some guys like Jonah Borden, who have a more complicated vulnerable, sensitive side.

Q: Why do you write in this genre?
I think there are two main reasons. I read a lot of mysteries, and I like to write the same sorts of things that I like to read. I like to think that with Jonah Borden I have some small part to add to the genre. Second, it’s just a heck of a lot of fun to write this stuff.

Posted by jvdsteen at 5:46 AM No comments: 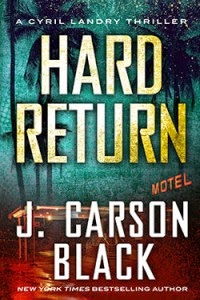 Cyril Landry is ex-Special Forces. He also has a wife and kid who think he's dead. In reality he's gone underground after a drama in Florida. When his daughter's boyfriend is killed by a high school shooter he tries to find out why this man suddenly shot all those kids. What he finds is the interesting culture of Insane Clown Posse fans, several old pals and enemies from his Special Forces days as well as a female deputy that was part of the drama in Florida.
This will surely appeal to fans of Lee Child / Jack Reacher. Landry is a macho guy who sleeps around and knows how to investigate a crime. What sets Landry apart from Reacher is his psychological development. Now, make no mistake I thought Landry was even more of a hardass than Reacher, but his feelings towards his past and family are investigated in a subtle but effective way. I also thought the female characters were very well written. Turns out author J. Carson Black IS female, so that might have something to do with it.
Hardboiled action fans, fear not though. This is not the work of a romantic suspense author, not even comparable to harderboiled female writers such as Slaughter or Hayder. No, this is a real, tough action and adventure story with a good mystery most fans of my blog will enjoy.

Posted by jvdsteen at 9:26 AM No comments: 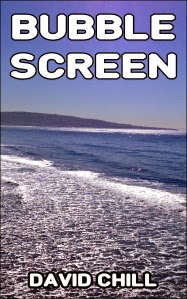 This is one solid series. While the stories don't stay with me for long, these books are always solid, dependable PI stories.
LA PI Burnside is hired to investigate some thefts from a warehouse. Meanwhile, he also takes on a case for a woman who got scammed by a contractor.
Burnside goes undercover to install cable, which makes for an interesting insight into that business. I was afraid the story might get a bit boring with the undercover work, but this actually was a small part of the book. There's enough plot twists and danger to keep the pacing up. Also, there's some big developments between Burnside and the love of his life and the football player background is played up in a few scenes sports fans should love.
Solid, enjoyable stuff for fans of  writers like Les Roberts, Robert Randisi, David Housewright.

Posted by jvdsteen at 5:14 AM No comments:

This is the perfect way to get into the Dev Haskell series. It captures the tone of the novels perfectly and will cost you just a buck! What's not to like. 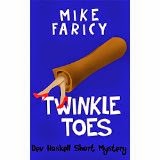 Anyway, as usual PI Dev Haskell gets into trouble due to a woman. This time it's his old love Zoe, who is kidnapped. Trying to track her down he enlists an ex-NLF player to do the heavy lifting.
The tone is funny but never goes into parody style.
Groundbreaking? No. Short, enjoyable and witty? Yes.
Posted by jvdsteen at 5:02 AM No comments: