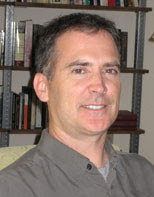 For more on this author visit: http://www.michaelwileyonline.com
Posted by jvdsteen at 10:57 AM

>> His eleven year old nephew lives with him. He has high standards for himself and he constantly fails to live up to them. He’s a man of 2008 and a detective of the 1930s.>>

That right there is whats wrong with P.I. novels today