Q & A with Brett Battles 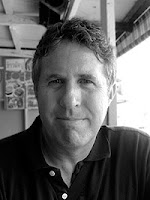 I interviewd Brett Battles, author of the Logan Harper series (among others). He's been a big influence on my Mike Dalmas stories.

Q: What makes Logan Harper different from other (unofficial) PIs?
Logan's a former soldier who, in an effort to piece his life back together after the death of his friend, has moved back to his hometown to work in his father's auto shop. He has a strong moral center that makes it hard, if not impossible, for him to ignore the wrongs done to others.

Q: How did you come up with the character?
I wanted to create someone who was different for the character Jonathan Quinn in my successful Cleaner series. Quinn operates in the world of espionage, has money and access to a lot of tech. I wanted Logan to be an everyday man who didn¹t have those aids, and who lived in the regular world. While he does have talents because of his military background, he¹s not a rich man, and whatever else he needs to solve a problem has to be pulled together from what sources are available.

Q: What's next for you and Logan?
I just released the second Logan book, EVERY PRECIOUS THING, and am starting to work on the plot for the third. It¹s a little early to say where that one's going yet. Hoping to release it sometime next summer.

Q: How do you promote your work?
I try to maintain a good web presence, mainly through Facebook and Twitter.I also do guess blog posts, and will be joining a group blog focused onmiddle-school and YA thrillers early next year. I do attend a few conferences also, and any time I have news (about every other month) I sendout a newsletter. You can sign up for that here.

Q: What's your idea about the psychotic sidekick in PI novels like Hawk and Joe Pike?
I¹m a big fan of both of your examples. My only caution on psychotic sidekicks is that they shouldn't be crazy just for the sake of being different. That bugs me. Give me a plausible reason for their uniqueness and why they are friends with the hero, and I'm fine.

Q: In the last century we've seen new waves of PI writers, first influencedby Hammett, then Chandler, Macdonald, Parker, later Lehane. Who do you thinkwill influence the coming generation?
Wow...there are just so many to choose from. One of my favorite PI writerstoday is Sean Chercover. He is simply fantastic. Also, and this is more onthe amateur PI side, I would hope that Tim Hallinan would be a big future influence. You can't go wrong with either of those guys. I love everything they write.

Q: Larry Block came up with the following question: How do you keep the series from running out of steam?In my mind, it's the characters. While each story in a series has it's own arc, there is a grander arc that covers the entire series. My characters continue to change both their relationships with each other and as individuals. If that's not happening, you end up writing the same book over and over, and that will quickly run out of steam. I do believe every series has a limit, though. Hopefully, in my case, I'll recognize it before I accidently go passed it.
Posted by jvdsteen at 12:12 AM

Very nice) Thanks for sharing.