Q & A with Mike Cooper 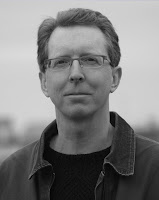 Q: What makes Silas Cade different from other (unofficial) PIs?

Mike Cooper is a novelist. In his latest, CLAWBACK (Viking, March), an assassin has begun shooting the rottenest, worst-performing financiers on Wall Street. “Don’t bail them out, TAKE them out!” – it’s a good tagline for a thriller, and Mike really hopes it remains fiction. More at mikecooper.com.
This is the interview I had with him.
Q: What makes Silas Cade different from other (unofficial) PIs?
A: Not too many enforcers have a CPA :) Silas’s niche is sorting out financial issues for CEOs who don’t want to wait around for the audit committee, and he brings an unusual combination of accounting acumen and over-the-top combat experience to bear on gray-zone problems.

Q: How did you come up with the character?
A: I have a finance background myself. Anyone who’s sat through interminable budget meetings, stared bleary-eyed at vast spreadsheets for hours at a time, or tried to explain basic accounting to those numbskulls in operations – they know: the idea of bringing automatic weapons to work has real appeal. Silas first appeared in a few short stories, which I wrote mostly to amuse myself – the idea of a hitman accountant was pretty funny, in an inside-joke kind of way.

Q: Why did you decide on the whole financial setting?
A: Silas was already established, and then Wall Street cratered the world economy – it seemed like fate. Penny-stock fraud is one thing; taking down the banksters responsible for global economic collapse is a mission Silas couldn’t pass up.

Q: What are your thoughts on the whole eBook revolution?
A: For years I was expecting ebooks to take off … and they went and finally did so. Anything that gets good writing into the hands of more readers is a good thing. Of course, the sheer ease of publishing electronically has also resulted in a deluge of bad writing. The key buzzwords are Gatekeeping and Discovery. Gatekeeping is dead, smashed, obliterated, pulverized; anyone can publish anything now, and just about everyone seems to be. So it’s all about Discovery. How will readers sort through the vast fields of possibility? Plenty of people are trying to solve this problem, and I don’t think we’ve seen the answers emerge yet.

Q: What's next for you and Silas?
A: Silas appears in ALFRED HITCHCOCK’S MYSTERY MAGAZINE next month, and in a sequel from Viking next year. As Silas himself has pointed out, when your job is taking down corrupt bankers, you won’t want for work any time soon. With luck he’ll be around for some time yet, helping Wall Street heal itself.

Q: Tell us a bit about the Shamus Award you won.
A: Another series characters of mine is a Japanese private detective, and his second story “A Death in Ueno” earned the Shamus in 2006. I do have a novel-length manuscript featuring him, but have been unable to sell it.

Q: What other genres besides crime do you like?
A: Literary fiction in the realistic school, history, technology and plenty more. In high school I read nothing but science fiction and fantasy; a few years ago I got back into that, and someday I hope to publish an SF story or two. For anyone interested, I post the books I’m reading over at Goodreads.

Q: What's your idea about the psychotic sidekick in PI novels like Hawk and Joe Pike?
A: I wouldn’t tell Pike to his face that he’s a psycho :) Sidekicks are an effective device, though often somewhat underdeveloped. That Pike is now starring in his own standalones is interesting – I’m not sure that Hawk, fun character though he is, could hold up an entire novel by himself.

Q: In the last century we've seen new waves of PI writers, first influenced by Hammett, then Chandler, Macdonald, Parker, later Lehane. Who do you think will influence the coming generation?
A: Sadly, I think the strongest influences now come from Hollywood – high speed, action, quick-cuts, absurd violence. The PI novel as a genre has been in eclipse for some years. I’d like to think a renaissance will occur, but when it does, I think it will be less about fedoras in the rain and more about exploding Ferraris.

Q: James Tucker came up with the following question: Have you ever been involved in a crime?
A: Ha! Good one. The closest I think I’ve come to crime is changing money illegally – I spent years in Asia when I was younger, and in countries with controlled economic regimes, buying local currency on the black market was more or less essential. At least for penniless backpackers. But it’s been the straight and narrow for me otherwise.

Q: What question should we ask every PI writer we interview and what is your answer?
A: “How many copies of your book should I buy?” Excellent question! – one for every friend and relative you have. Or two.
Posted by jvdsteen at 12:45 PM

Written simply and tastefully. It’s pleasant to read. Thank u