Q & A with Dani Amore 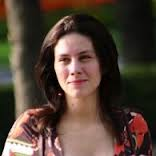 Dani Amore is really putting out a lot of work, all featuring private eyes. So we just HAD to interview her... Not only that, she just became a member of the Hardboiled Collective.

Q: What makes your detectives different from other hardboiled detectives?
More often than not it's a certain outlook on life. That perspective manifests itself in different ways with different characters. Sometimes it's a sense of humor that frequently crosses the line, or a reliance on alcohol, or a heightened thirst for revenge.

Q: How did you come up with the characters Rockne, Garbage Collector and Cooper?
Well, all three characters are based quite closely on people I've met in real life.
John Rockne is based on an actual private investigator I worked closely with. Which is ironic, because he's kind of the anti-PI.
The Garbage Collector is another guy I know. He works in an entirely different field, but trust me, he's got the same kind of no-bullshit, get-the-job-done approach exemplified by The GC.
And Mary Cooper, well, Mary Cooper is not just me, but my whole family. We pride on ourselves on taking a joke too far. Most of the time, though, we have more of a dry sense of humor - very deadpan. Which allows us to repeatedly say inappropriate things and let people wonder if we're kidding or not. It's great fun.

Q: What are your thoughts on the whole eBook revolution?
I think it's opened up readers to a whole new set of authors, and that can only be a good thing.

Q: What's next for you and your 3 main detectives?
The sequel to DEAD WOOD is up next. John Rockne is going to finally track down Benjamin's killer, and make him pay.

Q: How do you promote your work?
A little bit of everything. Contests, giveaways, paid advertising, social media. I'm not really sure what works and what doesn't, so I just sort of careen from one thing to the next. It reminds me of how I approach holiday parties.

Q: What other genres besides crime do you like?
I like to read cookbooks from the 1950s and 1960s. It's amazing how people would jam meat and jelly into some kind of strange mold and serve it as dinner. It's like a cross between comedy and horror.

Q: What's your idea about the psychotic sidekick in PI novels like Hawk and Joe Pike?
I enjoy the hell out of them. Lunacy is quite a bit of fun. My Dad used to hunt chipmunks with a bow-and-arrow.

Q: In the last century we've seen new waves of PI writers, first influenced by Hammett, then Chandler, Macdonald, Parker, later Lehane. Who do you think will influence the coming generation?
A guy named Frank Bill.

Q: Why do you write in the PI genre?
For the same reason I swing by the bar instead of going straight home: I just can't help it.
Posted by jvdsteen at 9:26 AM