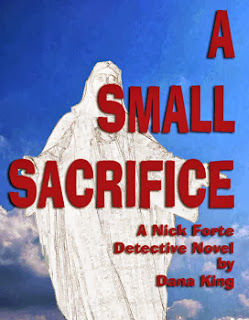 It is not really possible to like PI novels and dislike this one. I can't say it really stands out, but there is just absolutely nothing wrong with it. It is one of the most solid pieces of PI fiction of the last few years, delivering everything I think a PI novel should.
Nick Forte is hired to clear Shirley Mitchell's son of murder. Soon he gets involved with the Chicago mob and has to decide how far he is willing to go in order to protect himself and his loved ones.
I liked Nick, he seemed like a good guy to have a beer with. He's divorced but cares deeply for his daughter and I was touched by the well-written scenes he has with her.
Make no mistake, Nick can be tough when he needs to be as the ending clearly shows. There's a nice assortment of characters to help him out on both sides of the law and some nasty villains.
The writing is tight and clear. Not a word wasted, but still not the clipped style of Robert B. Parker or Leonard.
I know Nick will be popping up in Dana King's novel Grind Joint but I also know there's three other Forte novels he wrote. I hope they will be published as well and I will be sure to snap them up.
Pick it up here if you want to know if you agree.
Posted by jvdsteen at 2:39 AM