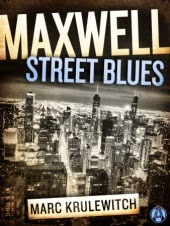 Jules Landau is a college man with a family that has been doing things on the shady side who now makes a living as a PI. In his first story his father hires him to find out who killed the family's best friend.
Among the characters he meets during his investigation are crooked cops and a kinky tattoo artist.
I really liked the laidback and relatable vibe of Jules' voice, like a less witty Elvis Cole. The mystery has a nice amount of twists and turns and the story is very decidedly set in modern day Chicago.
I think this books was originally selfpublished before it was picked up by Random House's Alibi imprint. Although I really liked the book I'm a bit surprised by that fact because it really isn't that much more than a standard PI book and I didn't think the bigger publishers still liked that. Well, if they do, I guess that is pretty good news.
Posted by jvdsteen at 1:50 AM