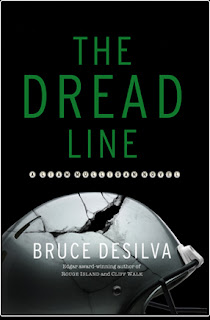 Liam Mulligan started out as a fairly standard hardboiled reporter, but since last novel he's a PI AND a bookmaker. That earns the guy some extra cool points. Add the banter and pretty hardboiled attitude he and his pals share and this is one interesting book in the series. It takes the series in a new direction that makes sure Mulligan isn't just an imitation of those who came before but an unique character all his own.
There's a lot of cases he's taking on in this one too. There's a serial-killer cat, some creep torturing animals, and a background check on a football player.
Some moments are cute, like the scenes with his new dog. Some moments are harsh, like when he encounters the tortured animals or faces some scumballs with extreme prejudice. It's a mix that makes this novel a joy to read. It never gets too bleak or too Spenser-cute.
Posted by jvdsteen at 11:28 AM