Q & A with Lori Armstrong 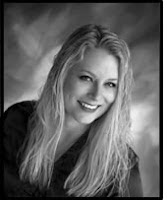 This time our Q & A is with Lori G. Armstrong, who’s latest Julie Collins novel Shallow Grave is out this month!

Q: What makes your P.I. Julie Collins different from other fictional private eyes?
Julie doesn’t take any shit and she doesn’t apologize for it. She doesn’t need to be rescued, but she’s not adverse to being feminine. She’s smart. She tells it like she sees it and doesn’t particularly care if it’s PC or if it pisses people off or makes them uncomfortable. She swears. She drinks. She likes sex. She’s fiercely loyal to her friends but comes from a screwed up enough background that those friends are few and far between. She thinks she has a strong sense of right and wrong, yet, the more fully realized she becomes, life and her reactions to it aren’t as black and white as she imagines. Julie is a bit of a loner. Does that make her the stereotypical lone wolf? At times. That gets her into trouble because she does have that ‘I’m invincible’ mentality and doesn’t want anyone’s help or is too stubborn to ask. I will say, she is getting better about that.

Q: What are your thoughts on the psycho sidekick in PI novels?

I will admit I like them – Crais’ Joe Pike in particular. But I’ll also admit it feels a bit like cheating to me, and it did even before I’d heard the ‘psycho sidekick’ phrase or penned my own PI novel. Speaking in general terms at least for me as an author, you don’t want your readers to think your protagonist is anything but noble—not perfect and squeaky clean, mind you, but someone you can root for to do the right thing, even if that thing is not 100% legal. What separates crime fiction is the bad guys need to get caught. Every time. That’s why there should be a clear difference to the readers on who’s a bad guy and who’s a good guy, yet, Mr. Rogers solving crimes is as disingenuous to me as Dexter (Darkly Dreaming Dexter) hitting the bloody trail. So how do you show your protagonist does brush up against violent people and situations in the course of a workday and a tough case and can handle it? Simple. Your ‘tough’, edgy character…has to bring in someone else to do the dirty work? Huh? Why? It’s more interesting to me to see that dark side and light side in ONE character, rather than two. And I especially think this becomes a problem when that secondary character becomes more interesting than the main character.

Another writer friend of mine pens great crime fiction with an older main male character, and the sidekick is younger, female. The female swears a blue streak, tells it like she sees it, and makes no bones about her sexuality – which is cheating in my book too, no differently than the ‘psycho’ sidekick. Why? Because it makes the main character look noble…but at what price? Again, it’s like, - leave all the undesirable traits (the love of sex, of booze, of shocking people) to the lesser character to make the protagonist look good. Hey, wait a minute: those are the FUN things to write about. Why shouldn’t your main character be bad to be good?

One of the best compliments I received as a first time author was from my buddy Dusty Rhoades. I have a minor, sort of ‘psycho’ character in the series named Jimmer. After Dusty read my book, BLOOD TIES, he emailed me and said he was relieved I didn’t make my sidekick do the dirty work or swoop in and rescue my little damsel. He also said he was impressed the Julie didn’t act like a girl. Very high praise.

Q: What would a soundtrack to your novels sound like?

I’ll probably get shot, but I do not like jazz. At all. I tolerate blues. I’m a hard-rock girl and I’ve passed that love on to Julie. I often say the three things I have in common with Julie are: 1) we’re both blonde 2) we both live in South Dakota, 3) we have the same taste in music. When I’m working on a Julie book, I listen to AC/DC, Van Halen, Godsmack, Audioslave, Nickelback, Foo Fighters, Alice in Chains, Velvet Revolver, Stone Temple Pilots, Nirvana, a little Metallica goes a long way for me, and other rock bands, but the catch is the music has to have a melody. Death metal is not my thing. But I prefer it to saxophones.

I cannot write and listen to music at the same time. I start singing along and forget what the hell I’m supposed to be doing. I listen to music in my car – if my teenage girls don’t complain and make me turn it off.

Q: Has your writing changed much since the first novel?

I hope so. Now there’s more intricate plotting. The books seem to get longer, not intentionally, it just takes more words to tell the story. And since my setting is almost as important as the characters, I feel the need to make sure that gives readers who’ve never been to South Dakota, who know nothing about Lakota Sioux, or modern day ranchers, or the large ‘biker’ population around Sturgis, an accurate idea on sense of place. Plus, it’s so much more fun to wind 5 or 6 plot threads together than 1 or 2.

Q: Do you do a lot of research?

Yes and no. Yes, in that I want facts to be accurate. In BLOOD TIES I chatted with cops, and feds, about the different jurisdictions in South Dakota – federal land, tribal land, state land, county land, city limits, sometimes all that converges in one spot, so you have to make damn sure you don’t put a body in the wrong place. In HALLOWED GROUND I did research on the Indian gaming industry – I used some of what I found but didn’t need in SHALLOW GRAVE. No, because I really, really like to make shit up. And research is my very least favorite part of writing. I like hands on research, such as, I’ve gone on ride alongs and I graduated from the Rapid City Citizen’s Police Academy, I hang out at ranches, rodeos. I did some tequila taste testing too, just so I knew Julie was drinking the very best.

Q: What's next for you and Julie?
The 4th book, SNOW BLIND is scheduled for publication in October 2008.

Q: Do you have any favorite Sons of Spade yourself?
I don’t want to leave anyone off, because I’ve met so many great PI writers in the last few years – so your list on the sidebar is a good place to start.

Oh, did you mean Daughters of Spade? I cut my teeth on Nancy Drew, but Sue Grafton – my biggest influence ever. Sara Paretsky. Karen Kijewski. Margaret Maron. PD James.


Q: In the last century we've seen new waves of PI-writers, first influenced by Hammett, then Chandler, Macdonald, Parker, later Lehane. Who do you think will influence the coming generation and in what way?

Not trying to be sexist, but female authors have influenced me probably more than any of those guys on the list, with the exception of Lehane. I think the influences of Grafton, Paretsky, Muller, Maron have already made a huge impact on modern PI fiction and will continue to be lauded as pioneers.


Q: Ed Lynskey, writer of the Frank Johnson novels, came up with this question: "Would you have the patience and grit to work as a PI?"
Yes. Okay, that’s a lie. No. I don’t have the guts. But that said, I don’t think my character would have the grit to do what I do on a daily basis either.

For more info about Lori G. Armstrong visit www.loriarmstrong.com
Posted by jvdsteen at 2:16 AM

And great to see the "Daughters" of Spade listed! Hopefully the list will get longer...

A big high-five from me on the getting the Daughters up here!