Q & A with Rick Nichols 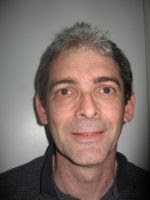 Today we talk to Richard Nichols, author of the action-packed John Logan series.

Q: What makes John Logan different from other (unofficial) PIs?
A: I think there are several things. First is his background. Logan was born in America but raised in Japan. As such, he has a strong tie to the land and their philosophies of duty and honor. It has a profound effect on his actions. Secondly is his past as a Special Ops soldier and his work in covert intelligence. His career didn’t end well and his relationship with the government is strained because of it. He does think about the lives he’s taken and the men he lost and he desperately tries to help people as a way of atonement for his past “sins.” In the end, though, he must always rely on his training and skills to get him out of situations and it’s that duality that makes him so much fun to write.

Q: How did you come up with the character?
A: When I was in college about 30 years ago, I got the kernel of the character in my head. I knew a lot of his background but I had trouble figuring out what I wanted him to be doing in the present. When I hit upon the idea of making him a PI it seemed to fit and by the second paragraph I knew I was on to something.

Q: What's next for you and Logan?
A: A third book entitled The Sheltering Tree is due out in 2012. I have a few other ideas that Logan might pursue but they are still percolating in my brain. There will be more Logan stories to come.

Q: How do you promote your work?
A: Anyway I can. My publisher helps of course, but I am on Facebook as well as have a fan page (Rick Nichols, Author), I am on Twitter (RickNichols3), and I have my author page (www.wix.com/richardn45/rick-nichols) I also have a blog (www.ricknichols.blogspot.com). I try to grant interviews to anyone who wants them and I generally find that just getting your name out is the biggest task. Once people know who you are, if the books are good, they will buy them.

Q: What are your thoughts on ebooks as a reader AND a writer?
A: I think that ebooks are the future of the business and recent sales figures from the traditional publishers show ebooks outselling hard copies. The paperback is a vanishing species and let’s face it, being able to store 1000 books on a small pad is neat! I haven’t made the switch yet, simply because I’m old fashioned and like the feel of a real book but I will. It’s a matter of time.

Q: What's your idea about the psychotic sidekick in PI novels like Hawk and Joe Pike?
A: Well I wouldn’t use the term psychotic. Chandler and Hammett started the lone PI thing and Parker originally wanted to do the same with Spenser. Hawk and Pike are both loyal and have a great sense of justice. Hawk has a darker side to him that Pike doesn’t seem to have but he is a good man with a strong sense of justice. I think a sidekick can bring out other facets of your character that otherwise might not get revealed. You learn a lot about Spenser through his relationship with Hawk and the same with Elvis Cole and Joe Pike. The bonds of friendship between them, the respect they have for each other, and their willingness to risk everything for their friend is a great concept. When I had the epiphany of Logan being a PI, I knew I wanted him to have one guy, one friend, to be there for him. Mason Killian was born and I created him with no preconceived ideas, just allowed the character to write itself. And it worked. There is a great chemistry between Logan and Killian that I think is amazing and it is the key to making these kinds of relationships work on the page.

Q: In the last century we've seen new waves of PI writers, first influenced by Hammett, then Chandler, Macdonald, Parker, later Lehane. Who do you think will influence the coming generation?
A: I think the masters will continue to influence many generations to come. I think Crais needs to be in there as well as Walter Mosely and Ed McBain. There are a couple of other but I honestly can’t think of their names right now.

Q: Max Alan Collins came up with the following question: Are you a Hammett man or Chandler?
A: Chandler. Hammett is great but there is a power to Chandler’s prose, almost a rhythm to it that hooked me from the first paragraph of The Big Sleep and never let me go. I have all of his novels and even the pulp stories he wrote.

Q: What question should we ask every PI writer we interview and what is your answer?
A: Wow, that’s an interesting question. You’ve certainly asked some good ones today. I would have to say, especially if they are doing a series, is how do you keep the stories fresh? Even Parker had some weak plots from time to time and I’ve found in writing three Logan novels that it can be so easy to stick with what worked before. In The Sheltering Tree, I tried to change things up a little and I try to reveal parts of a character or a relationship that I have not explored before. Just trying to keep it fresh and not fall into repetition is certainly a challenge for me. It’s easier since Logan still has some things to discover but by the 20th book (if I make it that far), I’m sure it will be more challenging.
Posted by jvdsteen at 12:38 AM

Good work. Thanks for it.