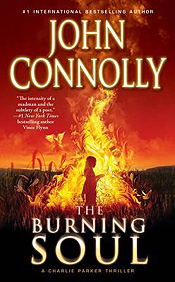 When he was only 14-years old Randall Haight killed a girl. Now, in Pastor's Bay he's trying to start a new life when another young girl ends up missing. When he starts to get messages reminding him of his past he hires Charlie Parker to find out who's behind these messages.
Charlie discovers there is a mob connection and has to deal with the FBI and several other law enforcement agencies. Luckily his two gay hitmen friends and some people in the afterlife will assist him.
Another great Charlie Parker novel. Very dark, with a hint of the supernatural it's an original piece of work but still 100% PI novel. A great mix of MR James, Robert B. Parker and James Lee Burke.
Posted by jvdsteen at 2:22 PM