Q & A with Keith Dixon 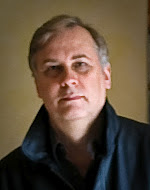 Q: What makes Sam Dyke different from other hardboiled detectives?
A: One of Sam’s distinguishing characteristics is that he’s British! I haven’t done extensive research, but my feeling is that there aren’t many British crime novels that feature private eyes, which is what appealed to me when I started to write the books. Now I know that a ton of folk are going to bombard me with the names of British PI novelists, but my sense is that the typical British crime novel has a policeman/woman or forensic investigator as the central character. Obviously Ian Rankin and Val McDermid spring to mind, but there’s also Mark Billingham, Peter James, PD James and Peter Robinson, all of whom have coppers as their heroes. Apart from his Britishness – and a particular kind of ‘Yorkshireness’ that makes him blunt and hard-boiled – he also has a pretty stable relationship with a woman. Obviously Spenser had the increasingly tedious Susan Silverman – and her notorious Ph.D from Harvard – but few other PIs seem to be able to carry a relationship. At least Sam is trying.

Q: How did you come up with the character?
A: I’d taught English and American literature at college and been submerged in ‘proper’ literature for a number of years. But I stopped teaching and I realised simultaneously that what I mostly read was American crime fiction. It seemed to me that the best in that genre was as good as some of the contemporary work that I’d been reading. Work by James Hall, George Pelecanos, Dennis Lehane and above all, James Lee Burke, was poetic, incisive, laced with social commentary and, sometimes, anger. So I was looking out of my window in my Cheshire village one day, and I thought, ‘What would it be like to be a private eye down these not-so mean streets?’ The contrast between what I could see out of my window – leafy trees, an old pub, a canal and green fields beyond – and the seedy work of a jobbing private eye seemed entertaining and full of promise. Also, when I was a student I used to travel by bus occasionally into the nearest town, Crewe, and there was an upper window of a store that I passed that was inscribed with a name, followed by ‘Private Investigator’. If you knew Crewe, you’d know why that in itself was an intriguing idea! The final piece was the notion of taking someone from a ‘lower’ social class and placing him in Cheshire to work. Sam is from Yorkshire and is the son of a miner. He winds up working in Cheshire, which – outside of London – has probably the highest per capita income and spending in the UK. Home, for instance, to the millionaire footballers of Manchester United like David Beckham (when he played for them). Hence Sam’s ideological stance could be offset against the misuse of wealth and privilege that he saw every day of his working life.

Q: What are your thoughts on the whole eBook revolution?
A: I had a flood in my house about 18 months ago and I lost close to 2000 books. I had already started reading ebooks, and I realised as I stripped my bookshelves of soaking wet paperbacks that there were many books that I hadn’t read again since first reading, or equally, books that I had bought 30 years ago and never read. So my attitude towards the physical object shifted slightly at that time, in the sense that I started to think, Why do I need all these objects cluttering up my walls? (Blasphemy to some, I know.) I’d also been involved for a while in Lulu.com, the Print-on-Demand online supplier. I’d published my first book through them and got involved as an online ‘help’ assistant, largely because I found the technology and the potential interesting. (You couldn’t accuse me of doing it for the money ... ) So when the Kindle came along and then small-format tablets (I have a 7-inch Galaxy Tab), I thought it was great as an extension of the self-publishing revolution. Caveat: alongside the great potential to publish your own books in the face of apathy from agents and publishers, there is of course the increasing commoditisation of writing. When I worked as an independent editor I saw many books that really shouldn’t have reached publication, but these days it seems that if you manage to finish writing a book – which is hard enough, admittedly – then it’s good enough to be published. I don’t like the gatekeeper function of agents and publishers, but to be fair they’ve probably protected us from some pretty awful stuff. That’s why good bloggers/reviewers and some kind of ‘objective’ rating system on sites like Amazon are crucial. Of course, the recent row about sock-puppetry doesn’t help us at all, as any good review will now be questioned! Physical books won’t disappear, though. There will always be a percentage of the population who won’t or can’t use ebook technology, and for that I’m glad.

Q: What's next for you and Sam?
A: I’m about five chapters from the end of the latest book. I’ve expanded Sam’s range this time – the book is written in the third person and his case puts him closer to the kind of adventure that Jack Reacher gets involved in than a typical mystery. I’m spending a lot of time in France at the moment, so part of the book is based here and it takes its ‘McGuffin’ – as Hitchcock called the inciting plot event – from a true incident that took place in World War Two. I can’t say any more! In the main story, Sam gets involved protecting a young woman from a group of nasty men who, it transpires, are taking orders from a British Government official who has his own agenda.

Q: How do you promote your work?
A: ... pretty terribly. For the last month or so I’ve tried to spread my wings, using Twitter and a Facebook page devoted to Sam Dyke himself. I try to get involved in sites focusing on crime writing, like this one, and I write a blog called Crime Writing Confidential at www.cwconfidential.blogspot.com. Here I review crime novels from a writer’s perspective, looking at technique, strategy, style and so forth. Doing this has actually improved my own writing, I think! I also approach reviewers and ask if they’d review the book (honestly), attempting to increase the number of reviews on Amazon. I hear readings and appearances at bookshops don’t actually increase sales much, so I think the online route is probably the most productive for me.
Q: What other genres besides crime do you like?
A: I started as a teenager reading a lot of science fiction – I even wrote my undergraduate thesis on the work of three science fiction writers. But I haven’t read any science fiction apart from William Gibson – oh, and Neal Stephenson – for about fifteen years now. When SF started to sprout wings into Fantasy I lost my interest. I can’t get into Horror – Rosemary’s Baby scared me witless when I was 19 and I doubt anything could surpass it.
Q: What's your idea about the psychotic sidekick in PI novels like Hawk and Joe Pike?
A: I love ‘em! I’m not sure these are particularly psychotic, though ... now if you’re talking about Bubba in Lehane’s Kenzie and Gennaro books, or Win in Coben’s Bolitar series, those I think are more ‘out there’ in terms of what they will or won’t do. They serve a useful function in that they a) give the hero someone to talk to and explain what they think’s going on; b) act as an indicator of how sane the hero is by contrast; and c) are good comic relief. For me, Clete Purcell in Burke’s Robicheaux books is probably the finest side-kick. He actually has his own life and isn’t simply a foil to Dave. I started to develop the idea of Sam having a side-kick in his 18-year-old son, and that was expanded in the second book of the series, The Private Lie. He’s taken a backseat in the third book but may feature again in future.
Q: In the last century we've seen new waves of PI writers, first influenced by Hammett, then Chandler, Macdonald, Parker, later Lehane. Who do you think will influence the coming generation?
A: I’ve been influenced to some extent by all of these, and I’d include Robert Crais and James Lee Burke in the list, too. Carl Hiaasen and Laurence Shames have had an influence on the comic crime novel – for instance look at the work of Tim Dorsey – and I think the hard-ass irony of Charles Willeford and James Crumley will start to have an impact in these straitened times. Lately I’ve been very impressed with the work of an Australian writer, Peter Temple, whose The Broken Shore is an excellent police procedural but is so beautifully written that it stands equally well as contemporary literature, without any qualifiers.
Q: Charles Collyot came up with the following question: Why write a PI story?
A: I came across something by James Lee Burke recently, where he said that crime fiction had taken over the role that ‘social realist’ fiction had played in the US in the 1930s, and I guess that notion appeals to me. The PI gets down and dirty and typically finds that what seems at first glance to be a little, local criminality is actually tied in to a larger social evil. James Lee Burke and Walter Mosley, with his Easy Rawlins character, are masters at moving up and down the social strata to show how they’re all linked together. So PI stories are useful for a writer who wants to entertain but also say something about wider society.
Q: What question should we ask every PI writer we interview and what is your answer?
A: Q: How do you arrive at the structure of your books?
A: It varies, but typically what happens is that a first inkling of a character or event leads to the idea for another character or event, and so on. Eventually they seem to form a sequence but I don’t always know how they’re linked. So the structure of the book then arrives from me trying to work out how to link the events, driven by the characters’ motivations or needs. It’s almost as though you start building a wall, brick by brick, which then turns into a tunnel down which you’re crawling, putting the bricks in place as you go. The tunnel gets narrower and narrower as your plot options are reduced, until finally the last brick is put in place and the structure is complete. Hopefully you can find your way back out to see if the structure will stand up on its own!

Imagination is not to be divorced from the facts.

There are two sides to every story ...at least.