I'm pleased to offer the fans of my blog part seven of a brand-new crime story that features roadie / PI Lenny Parker, a fat tattooed slob with a heart of gold. 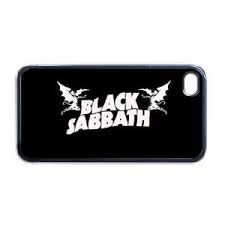 I had my Dodge Ram parked a few blocks from the convenience store. Mikey had agreed to stake out the store from his Chevy. Nina was around the corner in her Mini Cooper. With me now known to Melissa I figured it would be best if people she didn’t know kept an eye on her. My friends are great.
My cell phone played a riff of Black Sabbath’s Iron Man. I answered it. Nina told me Melissa had just been picked up by a man that fit Beck’s description.
“Good,” I said. “I will ask Mikey to follow them.”
“Okay, see you around. Good luck with the case.”
I called Mikey and told him what I expected.
“Already on it, Lenny,” Mikey answered. “I’m right behind them.”
A few minutes later I saw Mikey’s Chevy pass. He was right behind Beck’s Audi. I started my car and drove away, keeping a few cars behind Mikey. Old Man Jackson would have been proud.
Every now and then I slowed down a bit. Sometimes I parked the car a few minutes. After a while Mohawk picked up the tail from Mikey and gave me a call of their location.
After a while it was Mikey again who called me to tell Beck and Melissa had parked their car at a fleabag motel in Culver City.
I drove over there. Mikey was still in his Chevy, parked in front of the motel. I parked next to his car and got out. Mike opened the door of his Chevy and I sat next to him.
“Thanks for doing this, dude!” I told him.
“Sure, no problem. I enjoy this stuff. Makes me feel like I’m Spenser for Hire or something. Besides, if that dude is boffing that chick he needs to go down.”
“Yeah. So they went in there how long ago?”
“Fifteen minutes I guess. Going into a seedy motel room together sound like enough evidence for you?”
I thought about that. “Guess not. I’m not sure how her dad’s going to explain it, but he’s so dead-set against the idea he’s probably going to find a way. I figure I need to get better proof.”
“Sounds like you’re planning on catching them in the act.”
“That might be the only way, yeah.”
“So, what’s the plan? Are you going to ninja your way to their room’s window and snap a few pictures?”
I patted my stomach. “Maybe you haven’t noticed, but I lack the physique to ninja much. I thought I might take a more direct approach.”
Mikey ran his fingers through his hair and looked up. “Not sure I like that idea, Lenny. Sounds like you’re planning to get yourself in trouble.”
“Don’t worry, it will work out. Just be here with the motor running when I come back.”
Mike laughed, shaking his head. “Shit, Lenny… You’re a piece of work…”
TO BE CONTINUED....
Posted by jvdsteen at 7:28 AM