Q & A with Alex Segura 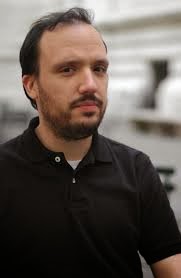 Alex Segura came out with a wonderul debut novel, Silent City featuring Pete Fernandez, which reminded me strongly of early George Pelecanos... Now that sounded like someone I would need to inteview...

Q: What makes Pete Fernandez different from other hardboiled characters?
That's a great question. I think the big difference is where Pete is at in his evolution. He's not really defined as a detective or hero when you meet him in SILENT CITY. He's aimless - drinking himself to death, feeling sorry for himself and hating his job. All things I think everyone's felt at one point, to some degree. I do think there are some familiar hardboiled elements to him, like the drinking. But I really wanted to show what would happen when a "normal" person was thrust into a dangerous situation. How would he respond? Would he survive?

Q: How did you come up with the character?
I wish I could say I woke up and he was in my head, fully-formed, but that wasn't the case. Pete grew out of a lot of other, non-crime stories I was writing that will hopefully never see the light of day. I wanted to have a protagonist from my hometown, Miami, who was Cuban-American and still relatively young. That idea was formed pretty early. But after I shelved those early writing attempts, including a few short stories and parts of a novel, the idea for Pete was also shelved. When I realized I wanted to take a stab at writing crime fiction, my first attempts were more epic in scale - family sagas spanning the entire history of time. But that, too, went away and I was left with a desire to tell a quick, engaging and "Miami" crime story that also spoke to the state of journalism, the city and its people. So, that's when proto-Pete and crime fiction met and that eventually became SILENT CITY.

Q: What are your thoughts on the whole eBook revolution?
I'm fine with anything that gets people reading and widens the audience for authors and their work. I love a printed book as much as the next guy, but I also see the value of an ereader and understand why some people swear by them. I own one and use it pretty frequently. That being said, very little tops the thrill of coming home with a bag full of new books!

Q: What's next for you and Pete?
Next up is the second Pete Fernandez book, DOWN THE DARKEST STREET, which I hope will be out relatively soon. It's - believe it or not - a much darker story, and shows what I hope is a natural evolution for Pete, considering where we left him.

Q: What do you do when you're not writing?
Well, I have a day job in publicity which takes up a lot of time, but is very fulfilling and fun - I head up the PR department at Archie Comics and edit some of their upcoming superhero titles. I also play in a band, Faulkner Detectives. We've been a little dormant of late - we had a lineup change and lots of life stuff happening, but we're kicking things up this year and should be playing some shows in the NY area soon. I spend time with my wonderful wife and our friends and family, read a lot, try to stay fit, watch some TV and movies as time permits.

Q: How do you promote your work?
I think platform is important. I try to message news out via my channels, like Twitter, my website, Facebook, etc. I take opportunities - like this one! - when presented to me and when they make sense. I try to also engage in a way that isn't just about me. I like Twitter because I can talk to people about what I'm reading, listening to or experiencing. I like Facebook because it keeps me connected with people I know. If, in the process of that, I can sneak in a mention or two about my work, that's great. But I think people get turned off by too much of that, so I try to be fairly judicious about it. My publisher, Codorus Press, has been really great about getting the word out on the book, too - it's gotten some wonderful review attention considering it's coming out from a small publisher.

Q: What other genres besides crime do you like?
I love sci-fi. In fact, I'm co-writing a short story with my good friend Justin Aclin for an upcoming anthology titled APOLLO'S DAUGHTERS, which should be a lot of fun. It'll hopefully lead into more set in that universe. I'm a bit of a Star Trek nerd and I love comics and graphic novels, not surprisingly. I've written a few, too - including ARCHIE MEETS KISS and "Occupy Riverdale," to name a few.