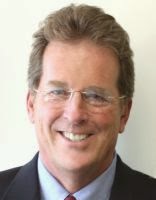 So many interesting new authors produce PI fiction on Kindle these days. Here's an interview with CI Dennis whose Tanzi series is doing pretty well...

Q: What makes Vince Tanzi different from other hardboiled characters?
I see Vince more as the soft-boiled type. He has a sense of humor, he likes kids, and he’s not afraid to veer from the tough-guy mold, although he’s tough. The books are as much about his own struggles with his personal and romantic life as they are about the central mysteries, or as one Amazon reviewer put it, he’s often “negotiating with his inner grownup.”

Q: How did you come up with the character?
My uncle was a deputy sheriff in Vero Beach, Florida where the books are mostly set. I thought that he was about the coolest guy ever—he taught me how to shoot, and ride a horse, and I got to ride around in his police cruiser. He was also a kind and devoted family man, which was the best part. That’s where the Vince character originated from, but my characters have a way of writing their own dialogue after a while and surprising me with what they come up with.

Q: What are your thoughts on the whole eBook revolution?
I think it’s wonderful in that virtually anyone can write a book and get it distributed electronically, as that will bring many new authors to readers. The downside of this is that there is a lot on Kindle and Nook that is barely readable—unedited, or poorly-written, so review sites like Goodreads will become all the more important. Personally, I love print books, but then I like vinyl albums and CDs, too! Book publishing is undergoing a similar transition to what music publishing has already been through, and there are benefits and drawbacks.

Q: What's next for you and Vince Tanzi?
I actually wrote an entire third Tanzi book and shelved it. It was just too “dark” for the character and the series. So an entirely new one is on the way, and so far I’m enjoying it a lot more. I write quickly, so it might be done in a couple of months.

Q: What do you do when you're not writing?
I have a six-year-old daughter at home who keeps me running! I advise clients with investments, and I also play in two bands; one plays rock, blues, and soul, and the other plays country and Americana. So, much of my writing is done in the wee hours.

Q: How do you promote your work?
I use Facebook and other social media, but Amazon has been hugely helpful. The algorithm that associates what people buy with what else they might like has promoted my books better than I ever could, and sales have snowballed in recent months. It’s crazy, but I won’t complain because I’m pretty shy about self-promotion like many authors.

Q: What other genres besides crime do you like?
I was born into a family of librarians, so I will read anything. In college I was obsessed with Latin American fiction and the nineteenth-century Russians. When I grow up I want to be Wally Lamb.

Q: What's your idea about the psychotic sidekick in PI novels like Hawk and Joe Pike?
Vince Tanzi’s sidekick is a 14-year-old hacker who he calls his “technology consultant”. That’s what I mean when I describe Tanzi as soft-boiled. I love the idea of a tough-guy sidekick like Pike or Hawk, but unless you write with the finesse of Robert Parker or Robert Crais you run the risk of that kind of character seeming cartoonish. It’s tricky.

Q: In the last century we've seen new waves of PI writers, first influenced by Hammett, then Chandler, Macdonald, Parker, later Lehane. Who do you think will influence the coming generation?
I’m going to dodge this question somewhat because while I’ve been writing the Tanzi series I’ve held off from reading PI fiction in favor of non-fiction, such as David Simon’s Homicide: A Year on the Killing Streets. I try to get in as much research as possible, and I also find that I need to stay focused on my own writing style—it’s too easy after reading someone else’s work to find their style creeping into my pages. So I’m not very up-to-date on what’s new. That said, David Handler’s new series that begins with Runaway Man is a must-read. It’s a hoot.

Q: Why do you write in this genre?
I like the genre because it’s fairly easy to create suspense and keep the reader turning pages while you weave in details and ideas that make the reader think as well as be entertained. My favorite books are those that are multi-dimensional and will stray from convention, where you find yourself asking: what’s this doing in a PI (or any genre) novel? If it’s done well it makes the reading experience that much better, and that’s what I’m striving for in my writing, although my primary focus is pure entertainment.
Posted by jvdsteen at 4:08 AM