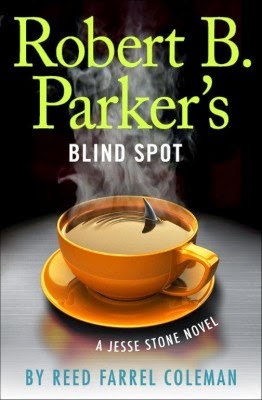 I am a big fan of Reed Farrel Coleman's work. I am also a big fan of Robert B. Parker's work. So I figured Parker's characters in Coleman's hands should be a match made in heaven. Turns out I was right. So, after Michael Brandman now Mr. Colleman chronicles the story of Jesse Stone.
Reed seems to "get" Jesse Stone even better than Parker himself if that's even possible. By that I mean the character really, really came to life for me. The time Reed spend researching about the character to write an essay in the non-fiction "In Pursuit Of Spenser" pays off here.
When a young woman is murdered in Paradise police chief Jesse Stone finds a connection to his old baseball team. Falling in love with a pretty undercover Special Agent, saving damsels in distress from bikers, battling against the bottle all keep him pretty busy. In the end though, Jesse solves the case... Kind of.
Aside from great work on Parker's characters Coleman introduces a few great ones of his own creation, like the thug-in-love Breen. These characters are just as fascinating as Parker's.
Posted by jvdsteen at 10:00 AM