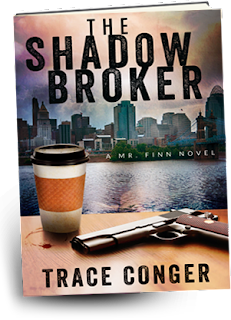 I knew Finn Harding would be a bit on the shady side for a PI but what I got went beyond that. He crosses the criminal line frequently, although he doesn't seem such a hardboiled character from the first look. He's got a dad and a kid to look after for example and knows his way around a Search Engine.
Finn Harding lost his PI license some time ago and also divorced his wife. Now he not only wants to make a living but also figures having money might be the way to get his wife back. When he's hired by a black market information brokerage outfit he sinks deeper and deeper into the darkness.
Finn is a cool character, the the mix of regular Joe and hardboiled criminal / shamus is very interesting. The criminals are Elmore Leonard material and pretty original. The action is fast and furious.
All in all, an interesting new series. Great for fans of characters like Quarry, Burke or Parker.
Posted by jvdsteen at 10:49 AM