Q & A with Sam Wiebe 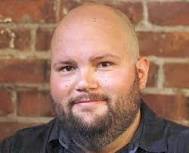 It's not just the guys from the USA writing good PI fiction. Sam Wiebe is a Canadian example of that. Here's a little talk with the author of the Dave Wakeland series

Q: What makes Dave Wakeland different from other hardboiled characters?
He's young, in his late twenties, and successful--he and his partner Jeff Chen run a growing security company. This causes Dave some unease, as he's more comfortable taking a hands-on, street-level approach.  Wakeland has a social conscience, but like all of us he must temper that with the dictates of making a living, and trying to make ethical choices that he can live with.

Q: How did you come up with the character?
When I finished grad school I was buried in student debt and searching for my niche, a way to make money in an ethical manner. When I started the book I'd gotten a job at a private college teaching, and was falling back in love with the city of Vancouver. At the same time, there was a major judicial hearing, the Oppal Conmission, looking into the many disappearances of at-risk women in the city. I wanted to write about that doubleness, that sense of not really knowing a place that you've lived all your life, and not quite knowing your place in it. Wakeland was born out of those tensions.

Q: What are your thoughts on the whole eBook revolution?
If you prefer reading on a tablet or phone, that's great; I prefer paper, but ultimately it's about the story.

Q: What's next for you and your characters?
The second Wakeland novel, CUT YOU DOWN, will be out February 2018 from Random House Canada and Quercus USA.

Q: What do you do when you're not writing?
Hang out with my girlfriend and watch NYPD Blue reruns, or take walks around East Vancouver.

Q: How do you promote your work?
As well as I can. I'm on twitter, @sam_wiebe, on Facebook at facebook.com/wiebesam, and at samwiebe.com.

Q: What other genres besides crime do you like?
I'll read pretty much anything, if it's good and if I'm in the mood.

Q: In the last century we've seen new waves of PI writers, first influenced by Hammett, then Chandler, Macdonald, Parker, later Lehane. Who do you think will influence the coming generation?
That list is great, but leaves off Walter Mosley, John D MacDonald, Sue Grafton, Laura Lippmann, Sara Paretsky and others. I think the future of PI fiction will have to be diverse, but will stay working class. I hope it keeps a little philosophical and sociological insight, because that's what I love about those authors--they have something to say.

Q: Why do you write in this genre?
I'm fascinated by work, and ultimately that's what the PI genre is about--not trenchoats or fistfights, but the ethical dilemmas of running an independent business, testing your ethical boundaries while trying to get ahead. As Chandler put it, "How to be in business and stay reasonably honest." That's the heart of the genre, to me, and that's something that applies to everyone.