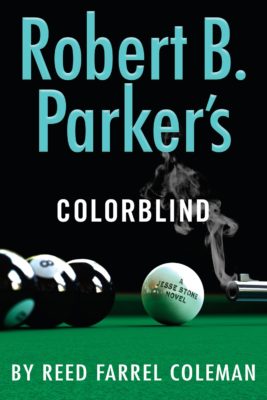 Paradise police chief Jesse Stone is just back from rehab when an African American woman gets murdered. When more racially motivated crimes are committed he gives it his all to find out who is behind this. That task doesn't become easier though when his black female officer Alisha guns down a what appears to be unarmed man.
There's also a young man named Slayton Cole (how cool does that name sound) who fills in a role that reminded me of Spenser's bond with Paul in several novels.
Coleman manages to weave a tight mystery in with another piece of  character development of Jesse Stone quite nicely. Keeping his own writing style, but offering the kind of short chapters Robert B. Paker used Mr. Coleman shows again why he was such a good choice do continue this series.
Posted by jvdsteen at 5:15 PM