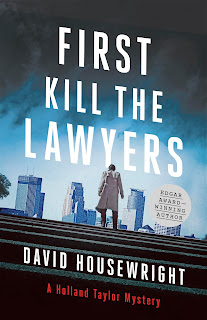 David Housewright manages the feat to write two good PI series at the same time. This one, the Holland Taylor series (versus the Rush McKenzie series) is the most hardboiled of the two probably. In one particular chaptere Taylor proves he doesn't need any psycho sidekicks.
Taylor and his partner Freddie are hired by a group of attorneys who are being blackmailed because their files have been hacked. When they investigate and try to track down the hacker they get involved with a rich, but strange family.
The story has a slightly slow start with many different characters to keep up with, but when the stakes get higher the story becomes quite thrilling. There's also some great secondary regular characters in this series, especially the female ones.