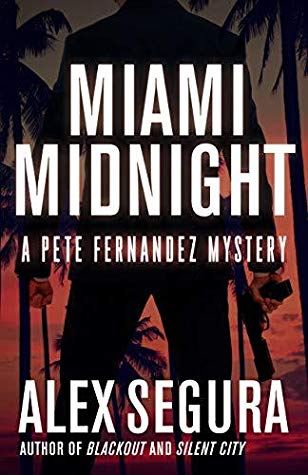 I remember when Pete Fernandez was just a nosy reporter. During the course of this series he's turned into a hardnosed private eye who can disarms his enemies with a few quick moves like he's Elvis Cole or something. Considering the huge amount of misery and death he's been facing that doesn't come as too big a surprise. Just as it's almost natural that this one ends the series. There's only so far you can take a character through the wringer. And there's only so much backstory you can expand on.
Pete is hired by an aging mobster to track down the killer of his son and his missing daughter in law. That's just a catalyst though for a complex story that digs deep into the death of Pete's mother, has his old enemy Silent Death return and uncovers mysteries that go back to almost every other book in this series.
Also, Pete's complicated relationships with Kathy, the Gina to his Patrick (if you don't get the Dennis Lehane reference, buy Gone Baby Gone or watch the movie) moves in surprising ways. Those scenes are written with such a moving voice you understand Alex cares about his characters.
An engaging and complex read. I think this one is going to nab some awards.
Posted by jvdsteen at 4:51 AM