Q & A with Kirk Curnutt 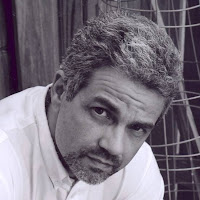 Sons of Spade is proud to present an interview with Kirk Curnutt, author of Dixie Noir.

Q: What makes Ennis Skinner different from other (unofficial) PIs?
It’s really his backstory more than his particular demeanor that distinguishes him from other sons of Spade. In fact, in creating Ennis, I was self-consciously weaving the traditional noir hero into a couple of historical threads that fascinate me. On the one hand, Ennis is the son of a white Freedom Rider, Quentin Skinner, who was beaten at the Greyhound station in Montgomery, Alabama—a father who isn’t famous per say but was once immortalized in a famous photograph, which I based on this legendary image of James Zwerg (with John Lewis) from 1961. I’ve always been intrigued by the legacy of men and women involved in the Civil Rights campaigns of the sixties, and how they had to resolve their extraordinary contributions to American history in their twenties with the ordinary lives into which most retreated in their thirties and forties.

But Ennis also has another huge element that plays into Dixie Noir: he’s a disgraced Crimson Tide quarterback, booted from the team twenty years earlier after acknowledging on national TV that he took the field while high on cocaine. That infamy led him to a decade of drug abuse, including meth, and another ten years in prison on an attempted murder charge. So by the time he gets out, he’s nearly forty, and desperately seeking a way to redeem himself. This is where the traditional noir element comes in: I’ve never really been a fan of nihilist heroes, but I love the “fallen” ones. My characters tend to be guilt-wracked and looking for their last chance at making amends instead of amoral. So basically I took two elements central to the identity of the South and Alabama in particular—Civil Rights and football—and gave a rationale to why Ennis might be compelled to search for the missing daughter of the woman responsible for landing him in jail.

Q: How did you come up with the character of Ennis Skinner?
I think many of us have a soft spot for a screw-up. I’d much rather read about a Brian Burghdorf than a Tim Tebow when it comes to sports figures. I should amend that a little by saying I hold no truck for athletes who have a sense of entitlement. But the people who do damage to others and genuinely regret it, how they have to live with their failures, is for me the most fascinating subject. Obviously, Tim Tebow is a great role model, but there’s no conflict there.… and, thus, no story. So when I started writing Dixie Noir I just imagined a guy who had failed spectacularly at the most important public office in the South. I mean, you’re allowed as a politician to be a scamp and a scallywag, but, boy oh boy, you mess up while you’re representing your football team and imperil a season and you’re a villain for life. One of my favorite lines in the book is about how Ennis compares his notoriety to George Wallace’s: history has been kinder to George, he says.

Q: Dixie Noir has a stunning cover in my opinion, did you have any say in it?
I appreciate your saying that! I was delighted by the cover. I found the stock photo that the designer used. It comes from the portfolio of a guy named Jose AS Reyes, but if you saw the original, you’d know how important cropping, shading, and coloring are. I was grateful to have the input but delighted to have somebody else do the work—and to do it so creatively! That’s all Deidre Wait at Encircle Pub, which does all the covers for Five Star. Originally my idea was to have a photo of the interior of the actual El Rey Burrito Lounge where much of the book is set, but while my fiancée is a great photographer, we could never get the shot we liked. And she tried like three hundred shots. The other element the publisher let me have a say on was the El Rey logo in the lower right corner. Since the bar is integral to the action, I thought it’d be fun to have the logo there like graffiti.

Q: What's next for you and Ennis?
I don’t know that I’ll come back to Ennis. So much of his personal struggle gets wrapped up in the search for Dixie. It’s hard for me to imagine him slipping into the life of an amateur sleuth and still having the intensity of the desire to make things right that he has in this story. Instead, my plan is to take a couple of minor characters from the book and (hopefully) build a series. There’s a former teammate of Ennis’s in the book who works for the African American candidate for mayor, Walk Compson. His name is Ty, and his wife, Sonja or “Sunny,” happens to be white. So my thought is to do a sort of interracial Nick and Nora Charles mystery—a “Nick and Nora for the New South,” so to speak.

At the same time I’ve been working on another piece set in the same area as my first novel, Breathing Out the Ghost. That book was a literary mystery. This one won’t be as dark—more of a cozy, I suppose, although I think that classification has become so broad it basically encompasses anything that is a bit less bloody and explicit than a procedural or a noir. It’s about a man, Booth Brandywine, who is at once a family farmer and the owner of a small literary press. The mystery kicks off when two of his hogs eat one of his writers, but at a more “meta-” level, it’s about how both of those arts are more alike than they might at first seem.

Q: How do you promote your books?
One of the reasons I chose to publish Dixie Noir with Five Star is that they sell a chunk of the press run to libraries. Especially in the mystery market, libraries are a great venue for building an audience. The readers tend to be very loyal and also very prolific. My father-in-law is one such reader and he basically goes through a book a day.

Of course, a lot of readers prefer to own their books, too, so I do a combination of things to reach them. One thing I’ve slowed down on is the in-store book-signing. I only do them at stores anymore where I’m reasonably sure I can draw an audience that will be worth the shop’s while. I used to hit any place that would have me, but in just the past three years, the bookselling business has changed to the point that in-stores aren’t worthwhile unless you’re a known commodity. And the reality is that most of us aren’t. At in-stores you spend most of your time trying to reassure people you’re not going to solicit them.

So I focus my efforts on conferences, the Internet, and select print publications. I love going to conferences. Most of the ones I get invited to are regional, but that is ideal for Dixie. The fun of conferences is that you get to talk about the craft of writing—a rarity anymore. Just to cite one example, I help run the Alabama Book Festival, the big statewide event that several literary groups sponsor. As far as the Internet goes, I do a web site and am on GoodReads.com, which has actually been a great place to push books. For my last book, I did some bookclub tours, which are quickly becoming the primo venue for word-of-mouth sales. With review outlets like Kirkus and newspaper literary pages evaporating, these are essential to getting a book evaluated. I think as the audience grows the critical keenness will grow even sharper. One day we’ll all be Michiko Kakutani. As for print, I advertise on my own dollar in a few places such as Foreword, which is another way of reaching librarians. I also try to take advantage of genre publications such as Mystery Scene; I just wrote an essay for them on Dixie for their “how my book came about” column.

Finally, there are guest posts opportunities such as this one right here on Sons of Spade. It’s fun to actually contribute to a website you often visit for inspiration.

Q: Do you have any favourite Sons of Spade yourself?
One book that has influenced me in so many ways is Thomas Sanchez’s Mile Zero. It’s twenty years old now, but I reread it every so often. I like to think of it as the obverse of Roger L. Simon’s The Big Fix, another work I love. Fix is a Moses Wine mystery, of course, and like Mile it’s about the legacy of the sixties. Both books are very locale-centered (Mile is probably the best book about Key West), and the characters are haunted by their past. But that’s where the differences end. Sanchez’s style is hyperliterary and way over the top; that’s part of what I love. But the main thing about the novel is that his two main characters, a sixties burnout named St. Cloud and a Cuban-American cop named Justo, are just so complex. I think it’s a fair criticism to say Mile’s plot gets overwhelmed by the book’s literary ambition, particularly the poetic language, but the characters really shine through. (I also like Simon’s other Moses Wine mysteries, by the way).

Q: In the last century we've seen new waves of PI writers, first influenced by Hammett, then Chandler, MacDonald, Parker, later Lehane. Who do you think will influence the coming generation and in what way?
I think one main challenge will be keeping up with technology. How suspenseful can a book be when your hardboiled PI starts Googling anybody and everybody he’s tracking? Our lives have become some instantaneous and cyber-connected that the tactile sensationalism of traditional noir can’t help but seem old-fashioned, sort of like a horse-drawn plow. But I also think the amoral protagonist needs to undergo an evolution. So much of the testosterone anymore seems stylized and comes off as a sort of juvenile fantasy of power. I think the trick will be in making characters anti-anti-heroes.

Q: Mark Arsenault came up with the following question: In the fictitious world of your last book, does God exist?

Q: What question should we ask every PI writer we interview and what is your answer?
If your PI suddenly found him/herself having to moonlight in a television program (due to the economy, let’s say), what show would s/he be on? And what TV character?
Posted by jvdsteen at 4:42 AM

Hi!
You may probably be very interested to know how one can manage to receive high yields on investments.
There is no initial capital needed.
You may begin to get income with a sum that usually is spent
on daily food, that's 20-100 dollars.
I have been participating in one project for several years,
and I'll be glad to let you know my secrets at my blog.

Please visit blog and send me private message to get the info.