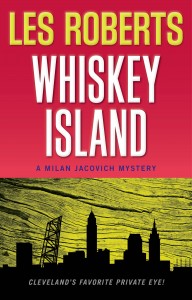 Milan Jacovich and his assistant K.O. Bannion return!
Cleveland councilman is in a lot of trouble... He's under investigation by the FBI and someone seems to be out to kill him. He hires Milan to find out who's gunning for him. Milan and K.O. end up taking on dirty politicians and investigating the death of a kinky hooker.
The plot is good, the characters well-written as always and it's always nice to read about Milan, but the best thing about this novel is K.O. Bannion. It's amazing how well Roberts manages to write about a 24-year old. K.O. is a tough investigator but also a very fresh and new character. With his background in the Army as well as juvenile detention he's a conflicted but hard-as-nails young man you just have to love. Good enough to star in his own series if you ask me!
Posted by jvdsteen at 1:29 PM

Generally the flex belt is a belt you strap on
about your waist and three particularly placed pads are
what help contract your abs.

You do not have to commit hours at the fitness center or exert so a great
deal work and energy in performing operate out just to be capable to tone your muscle tissues.

Anyone who is prepared to get a effectively-toned stomach
can use this belt.

Your cardiovascular technique will be that significantly healthier.