Q & A with Dana King 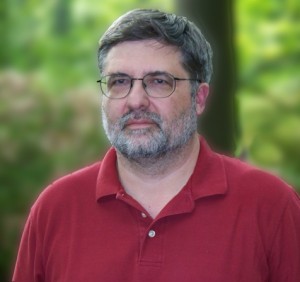 Dana King has been a loyal follower of my Noah Milano stories and this blog, that made it extra cool to learn he has a PI novel coming out and made me anxious to interview him...
Q: What makes Nick Forte different from other hardboiled characters?
A: Wow, a hard one right out of the chute. On a superficial level, nothing much. He’s not superhuman, like Mike Hammer or Spenser. He’s not an alcoholic or a drug addict. He’s a regular guy, with the skills needed to do the job, so he’s not an everyman who somehow gets out of situations he shouldn’t be able to. His biggest problem at the start is not getting to spend as much time with his daughter as he’d like as a divorced dad. He subliminally compensates by taking cases with parent-child issues in them, which turn out to be increasingly violent, and the juxtaposition of violence and family concerns wears him down as the series progresses .
Q: How did you come up with the character?
A: It was a joke. I was a musician and wrote a short story in the style of Mickey Spillane, about a rigged orchestral trumpet audition. My friends were supporting characters, under different names, easily recognizable if you knew them. Nick Forte was a former trumpet player who became a teacher, then a cop, then a PI, so he’s the logical person to look into the audition rumors. “Forte” is the musical term for “loud;” literally “strong” in Italian. For a first name, I wanted something with hard sounds that sounded tough.
Q: What are your thoughts on the whole eBook revolution?
A: For me, it’s great. As a writer, it allows me to get my work out to whatever audience wants to read it, even if it’s only a few dozen people. If they had an entertaining read, that’s a good thing. Storytellers need an audience at some level. Making up stories solely for oneself is the most masturbatory thing I can think of. Well, except for masturbation.

As a reader, I save shelf space and money, which allows me to read a lot more without having to worry about shelf space and money. As someone whose taste is not what bestsellers are made of, e-books make it easier to try authors I am unfamiliar with, as I don’t have to wonder if I’m about to drop twenty-eight dollars on a book I’ll set aside after fifteen pages.
I know there are unresolved business issues, but no one knows how those will shake out. Hell, people can’t tell what will be the hot seller next month. I prefer to hope things will come out well for everyone.

Q: What's next for you and Nick Forte?
A: Funny you, of all people, should ask. I’m proofing and formatting a story about an actor Forte is hired to protect, who is about to launch a one-man play using what he claims is the actual Maltese falcon from the climactic scene in the movie, the one Sidney Greenstreet nicks with his penknife. It’s called The Stuff That Dreams Are Made Of, and it was written as my homage to the book and the movie, using quotes from both, and titling each chapter, as Hammett did. (What a pain that was.)

Q: How do you promote your work?
A: Not very well, I’m afraid. Facebook, my blog One Bite at a Time, and by depending on the generosity of people like you to give me an opportunity to get out the word.

Q: What other genres besides crime do you like?
A: Other than crime, I read mostly non-fiction. The non-crime fiction I read can be anything good, by an author worth the time to read. I knocked off a couple of Kurt Vonnegut novels earlier this year, and some Mark Twain. Pete Dexter’s Deadwood is a wonderful book, and Charles Portis’s Masters of Atlantis as about as much fun as I’ve reading that I can remember.

Q: What's your idea about the psychotic sidekick in PI novels like Hawk and Joe Pike?
A: The psycho sidekick can serve a valuable role, so long as he doesn’t become a caricature, or a crutch. Joe Pike is a good example of a sidekick done well, though I don’t think of him as a psycho. Walter Mosely’s Mouse is another, though he really is a psycho. (Even Easy is afraid of Mouse.) The trick is not to use the sidekick as a means of letting the hero get himself into all kinds of things he can never get out of himself, or you run the risk of creating a Stephanie Plum and Ranger scenario. (Which is fine for Janet Evanovich, as she’s writing humorous stories.) In my case, it’s the sidekick who tries to talk Forte out of stuff, especially as the stories progress and the violence wears Forte down until Forte is almost the psycho protagonist.

Q: In the last century we've seen new waves of PI writers, first influenced by Hammett, then Chandler, Macdonald, Parker, later Lehane. Who do you think will influence the coming generation?
A: Two who stick out to me are Sean Chercover and Declan Hughes, both of whom have unique ideas about sidekicks. Sean’s Ray Dudgeon has a friend named Gravedigger Peace, a former mercenary who has renounced his violent past and lives in a cemetery. Declan Hughes is the Irish Ross Macdonald. His detective, Ed Loy, has an unreliable sidekick who will stand with Ed—up to a point—but who cannot be assumed will complete the task as expected.
Tim Hallinan’s Junior Bender series is another interesting angle on PI stories that may influence writers to look for characters who do PI work, but who aren’t actually PIs. Not amateur sleuths—I hate those—but Junior’s a career criminal, a burglar, so he has skills and smarts.

Q: Why do you write in this genre?
A: I think PI stories, when done well, can be the highest form of crime fiction, especially when done in first person point of view. Seeing what the detective sees, and, more important, feeling what he (or she) feels, allows the writer to take the reader places where it’s difficult for other forms to go. I love police procedurals (Ed McBain, Joe Wambaugh, etc.) but cops are about closing cases; that’s their job. PIs can be about providing closure, however imperfect, which makes the ripple effects of crime more evident. Americans are notorious for liking happy endings in their stories, but there are no true happy endings to violent crime. The victim is still dead, or damaged in some other way, even if no physical signs are evident. This can’t help but affect everyone close to them. Cops can’t do much with that, but PIs can.
Posted by jvdsteen at 1:24 AM