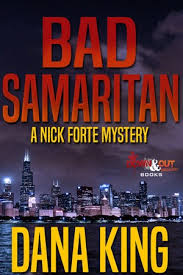 I loved the first few Nick Forte books because of the pretty straightforward, no frills nature of them. The draws were the clean writing and the strong bond of Forte and his daughter, described in scenes both fun and moving. This one starts out that way as well, even more fast-paced and with sparer prose. All great. He is hired by an author who is getting some disturbing sexual letters and comes to the aid of a former prostitute he helped out before. During these investigations he tangles with a men's rights movement and the Mob.
The further you get into the novel the further you notice Forte's descent into darkness. There's a scene with him getting very rough with the prostitute that was a bit shocking and we witness how the criminal you might think of as psycho sidekick acutally has to cool Forte down.
A strong PI story with an interesting twist. It reads so good an fast I was suprised when I already arrived at the last chapter in just two days.
Posted by jvdsteen at 2:47 AM