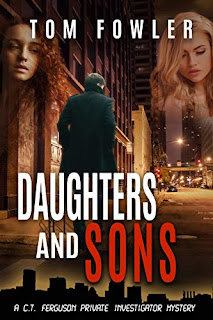 A new C.T. Ferguson book is always sure to be an enjoyable read. In this one the hacker/PI is hired to protect a hooker from a stalker. It turns out she's not the usual kind of woman who ends up in this business as he uncovers some dirty family secrets.
There's another case waiting for him though as he discovers his sister's death was not natural. Seeking out her killer and swearing revenge he has to do his best to juggle both cases.
The fact this one is personal gives this entry in the series a nice extra edge. We also see C.T.'s relationship with his girlfriend Gloria deepen a bit more.
A nice, fast-paced read.
Posted by jvdsteen at 8:25 AM

Always enjoy your reviews (and not just of my books!).