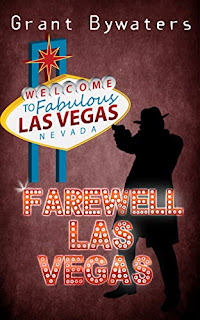 Grant Bywaters, author of The Red Storm (winner of PWA Best First PI Novel contest in 2015) is back. In this novel (a standalone?) we meet Las Vegas PI Joe Roddick who takes on a case for a casino. We meet his daughter who is quite good with computers. There's also a ruthless hitman called Scorpion. As the the story unfolds it moves in some surprising directions. While at first I figured this would be a story about Joe with a minor role for his daughter to give him some more background and emotional baggage as I have seen in many other PI stories Bywaters manages to throw me for a loop. It's hard to say who is the main protagonist of the book in the end; Joe, his daughter or Scorpion.
All in all an enjoyable read. Especially the action of Scorpion and the fact Roddick's daughter might be a cool role for a younger popular actress made me think this could be a good Netflix movie or something.
Posted by jvdsteen at 7:09 AM