Q & A with John Ryder 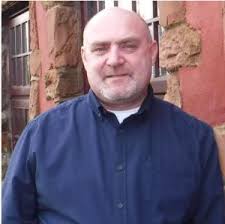 John Ryder is the pen name of a British crimewriter  who just came out with the first book in an exciting new series of thrillers starring tough guy loner Grant Fletcher. Of course I wanted to know more...


Q: What makes Grant Fletcher different from other hardboiled characters?
This is a really good (hard to answer) question as Fletcher has many of the traits found in so many hardboiled characters. He’s comfortable operating alone, ready with his fists when necessary, brave, cynical, and dogged by past events that won’t give him inner peace.
I think his USP has to be that he’s not one of the love-em-and-leave-em characters. His wife died years ago and he still loves her, and to this end he’s never once looked at another woman.

Q: How did you come up with the character?
I’ve read a lot of books featuring similar characters by authors such as Lee Child, Matt Hilton, Zoe Sharp and many others so I knew the basics that had to be included in a character who features in crime action thrillers. What I wanted to do when building Fletcher was imbue him with enough commonalities to make him familiar, yet also to have enough differences to make him stand out in a crowded field. Fletcher’s back story came from events that happened in the Sam Carver series by Tom Cain. The series ended on a bombshell with a hugely emotional thread that had me wondering about its psychological impact for years afterwards. I’ve been lucky enough to befriend Tom and receive permission to appropriate the event he never tied up. I did of course put my own spin on things and I consider what I have done to be a homage to a fantastic piece of writing rather than a continuation of his character’s story.

Q: What are your thoughts on eBooks?
I like them for their convenience as commuters approaching the end of a book don’t have to lug their next read along for the journey home and holidaymakers can take a supply of books that don’t require a separate suitace. When it comes to my own reading I’m probably a 70 / 30 split in favour of paper or hardbacks, but that’s largely because I’m fortunate enough to have books sent to me. I also think that ebooks offer fantastic value for money as where else could you get many hours of entertainment for 99p or even £1.99?

Q: What's next for you and your characters?
Things are looking busy for myself, Fletcher and Quadrado. Book 2 is written and the copy edits have been sent back so there’s only the proofing stages to go through. The title and blurb are still to be finalised, but book 2 sees Quadrado calling on Fletcher to investigate the murder of her lifelong friend. Naturally for one of my stories, the killing has only just begun.

Q: What do you do when you're not writing?
All the usual boring stuff. Read, watch TV, support my local football team, socialise with friends and family and plan murders.

Q: How do you promote your work?
I’m lucky to have a fantastic publicist who does most of the heavy lifting. There are blog tours, social media posts, engaging with readers and writers. Occasionally I’ll run some ads to support what my publisher is doing, but mostly it’s about social media engagement. 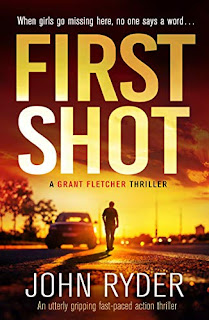 Q: What other genres besides crime do you like?
I tend to be firmly stuck in the crime camp, but I read across almost all of its sub-genreswith the exception of cosy. I tend to mix things up with police procedurals, crime action thrillers, conspiracy thrillers, lost artefact stories and PI fiction to name but a few styles of the crime novels I read.

Q: In the last century we've seen new waves of PI writers, first influenced by Hammett, then Chandler, Macdonald, Parker, later Lehane. Who do you think will influence the coming generation?
This is another toughie to answer as I’d be very wary of burdening another writer with expectation, but some authors who write PI style fiction I read are Matt Hilton, LJ Morris and Rob Sinclair.

Q: Why do you write in this genre?
Because I get to read the story I want to read is the simple answer, but on a deeper level I think it’s because I love the puzzle element. While it’s always easier to set a puzzle than solve one, I take great enjoyment in seeding in clues and red herrings to misdirect readers while also worrying that I’m either being too obtuse or too obvious. Another great thing about writing crime stories is that I can explore themes and topics that interest me or that I feel ought to be brought to a wider audience.
Posted by jvdsteen at 3:08 AM