Q & A with Barry Crowther

Barry Crowther lives in the USA but is a Brit. He's also the author of the Matt Spears series and Sons of Spade's guest today... 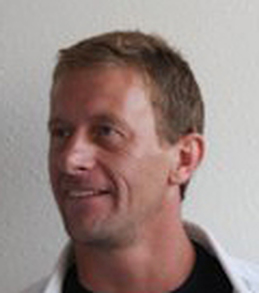 Q: What makes Matt Spears different from other hardboiled detectives?

One of the main things that makes him different is that he isn't a PI or Police detective. He's a debt collector with a checkered past and a team of people he works with, who are quite colorful. I still stick to several of the hard boiled crime conventions when I work on Matt's novels, for example, there is always a clearly defined task (mystery) that must be solved, he is part of a duo so he has a foil to work off, there is usually violence and a little sex, plus the language is very contemporary. It's not very often that one of the gangsters in my books get shot in the leg and says 'oh fooey!'. To me the writers who present vicious and nasty characters and don't allow them to speak are copping out. I'm not saying they need to scatter expletives all the way through but it still has to be real.

He was the culmination of several characters that I tried to work with but didn't quite hit the mark. To a degree all heroes or heroines are expanded versions of the consciousness of the writer. They are the writers alter-ego: tougher, smarter, sexier. I wanted him to be a little flawed too. His partner Nathan Draper is a homogenized side kick from various sidekicks or heroes that I had been reading or watching on the small screen from being young. He is smart, dapper, efficient and also violent. He even has some blue blood, so a type of Raffles-style hit man, if that makes sense. Matt can only go so far, then you need another more extreme character to go the remainder of the distance. More of Nathan is revealed in the second book 'As the Sun turns Black' and his links to MI-5.

I really think this is as important to the publishing industry as the Gutenberg press. The shift in technology and the publics acceptance has opened doors to many types of fiction that may not have seen the light of day in traditional publishing. To me, this is a carbon-copy style movement that the music industry has been transitioning through for the last twenty years. There are good and bad parts of this. I am still nostalgic (as my children seem to groan about) of vinyl discs. Nothing was cooler than going and buying a couple of seven inch singles on a weekend and rushing home to play them and then decide on whether the B-sides were go or not. The whole thing was an experience. Like browsing a bookshop, buying a novel because you thought the cover was cool and then reading it only to be amazed at how good it was and why you had never heard of the author. It was cool…but it's the past, and that's long gone!

Q: What's next for you and Spears?

The plot for Spears three is pretty much in shape, but I am working on the prequel to the novella 'Nothing' right now. It's an enjoyable process and involves quite a bit of research so Matt and Nathan's next adventure will have to wait a few more weeks before the fun begins.

Mostly I use Twitter as my social media outlet as well as my blog and also the KDP Select program from time to time. It's important to try and cut through the noise sometimes and offering people free samples is an easy way to get some eyeballs on your fiction and hopefully turn them into fans. I'm not very happy about the number of new 'writers' that are coming to Amazon as some kind of get-rich-quick scheme and using all kinds of tricks to get readers to buy. They seem to forget one of the most important elements of selling fiction - writing. Recently I've picked up a few pieces of fiction that need a tremendous amount of work before they should have been released and one of the "authors" revealed that they didn't even write it. It was ghost-written for them, they were in essence just the promoter! This sucks, and muddies the water for the writers that look at writing as a long-term career.

My reading tastes are pretty broad. Right now, I'm reading a Jeffrey Archer novel and a new Russel Blake action thriller, they couldn't be further apart. But if pressed I would say the mystery/crime genre is my thing but I do enjoy Horror fiction too. Horror was my first love and I was a big fan of Brian Lumley (Necroscope series) when I was younger, so I would always fall back on the scary stuff if needed.

Q: What's your idea about the psychotic sidekick in PI novels like Hawk and Joe Pike?

Love them all. Much prefer the colorful over the top nut jobs as good guys than the prosaic bumbling buffoon of the thirties and forties. Give me a Tarantino style sidekick any day of the week.

Personally, I think David Peace's novels will change the landscape of crime fiction. In the UK for sure, maybe not in the US unless enough people get turned on to him. Most of my novels are UK based with the exception of the Zero quartet which is based in Michigan and California, so I get the way Peace works. David Peace has not only introduced a new style to the crime fiction genre but also created a world where true crime and fictional crime cross over. It's very hard boiled and not for everyone but his Red Riding series blew my mind. The only other crime writers I see emerging as new leaders are the scandinavians: Jo Nesbo and Henning Mankell. They seem to be leading the charge, but to me they are heading back around to the beginnings whereas Peace is heading into something new.

Lots of names belonged to the main series character before I landed on Matt Spears. I have another series character who is part of a paranormal mystery series and his name is Alex Campbell. I was going to go with Alex initially but thought that I might want to use Alex Campbell in the future so I had to be more creative. (Alex is the protagonist in Killing Flow). So I have a friend called Matt and I thought that worked. First name then was in the bag. The last name came about when someone was doing an interpretation of first names and how they related to biblical times. They used a book, so my wife put her name up for analysis, which came up blank - it's Wendy and just for you trivia buffs this name was invented by JM Barrie solely for the purpose of the Peter Pan books. Another name Peter was interpreted as The Rock. My name came up next and Barry was interpreted as The Spear. I wrote this down and then when I got home I looked it up and then thought, what about Matt Spears. It stuck.

Q: What question should we ask every PI writer we interview and what is your answer?

That's a tough one! I would probably ask about the process. Do you plot or do you write and discover the storyline as you go along? That's something that interested me with writers since I began. For the Matt Spears Mysteries I write and plot methodically. Each scene is plotted and the whole thing hangs together as a tapestry before I even write the first word. For the Zero quartet I tend to write scenes by hand based around the previous scene and then when I have 20,000 words in the can I start typing them into my writing software (I use Scrivener) this then allows me to polish them, add more scenes, scrap the bad ones and then add more story or depth if needed.  I like to understand the process of how a novel came to be. This is as intriguing to me as the mystery contained in the novel itself.