Friend of the Devil (Henry Malone) by James D.F. Hannah 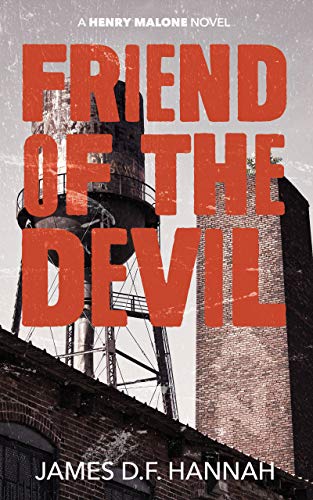 Woody, ex-State Trooper Henry Malone's buddy asks him for help when the husband of an old flame is in trouble. They need to get him out of a biker bar. That seems to go fairly well, but when one of the bikers end up killed the husband is the main suspect. Woody and Henry set out to investigate who the killer is and encounter some nasty bikers and the Russian mob.
This series is what the Elvis Cole & Joe Pike series would have been when it was written by James Lee Burke. That is, it is a fast-paced and often funny PI series but with a hidden darkness and elegantly beautiful prose that sets it apart from the rest.
The way James  describes people is great, for instance: "The woman was somewhere in her fifties, blond via aisle 11 of CVS, and tanned to the color of cinnamon toast. I would have bet she had cancer cells rattling around inside her like coins in a piggy bank." Absolutely brilliant and a huge inspiration to my own writing.
There's a great number of underrated PI writers these days, but in my book James D.F. Hannah is the one earning way more success.