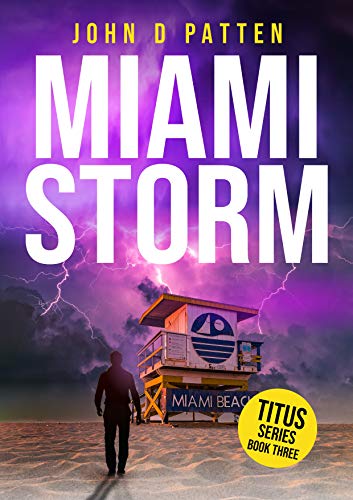 This one has a pretty original, very high concept triller start. Ex-cop Titus wakes up in a hospital with a tarnished memory. When he manages to leave and some of his memory returns he discovers the lawyer he threatened to kill has been murdered, making him the prime suspect. With old and new enemies he takes on various bad guys as he unravels the mystery behind his memory loss and the murder.
I have to credit John D. Patten for creating an original story while still giving fans of the genre all they need. Titus is still the ultimate tough guy, but he seems just a bit more vulnerable this time, emotionally and physically.which gives the story something extra.
I read this one in two days, the story was that engaging and fast-paced. I have to warn you that, especially in the end, it pays to have read the first two novels in this series to get the most out of it.