No Way To Die (Danny Logan) by MD Grayson 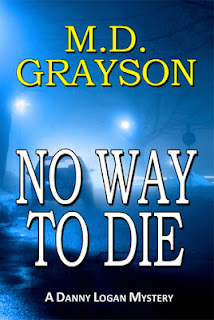 If you're sad Dennis Lehane isn't writing the Patrick Kenzie series anymore it might be a good idea to pick up this one. There's a difference in style and tone (this book is nowhere near as dark) but we ARE treated to a male-female duo of private eyes that are young and start out as friends but seem to become more, just like we were shown in the Kenzie-Genarro books.
In this story PI Danny Logan is hired to prove the suicide of a software developer is actually murder. It turns out some critical decription software is at the heart of the case, forcing Danny to take on a British band of criminals / entrepeneurs.
Aside from the relationship between Danny and his partner Toni I enjoyed the professionalism of Logan's PI firm, which was quite far removed from the usual lone operative we see in PI novels most of the time and the breezy writing style. The whole thing seemed pretty well-researched as well.
All in all an easy to read and enjoyable story with characters you will get to love.
Posted by jvdsteen at 4:49 AM