Q & A with Nathan Gottlieb


One of the most important missions for this blog is introducing you to new writers who love the PI genre. I was thrilled to discover the Frank Boff series written by Nathan Gottlieb and was happy to interview him. The first novel in the series, The Hurting Game is available here in paperback or here for Kindle. 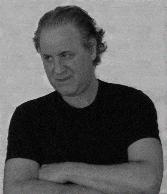 Q: What makes Frank Boff different from other hardboiled characters?
For one thing, he is a very realistic private investigator, warts and all. Somewhat like Michael Connelly’s Lincoln Lawyer, Mickey Haller. As Boff says in my novel: “… and unlike what you see in movies or read in books, one hundred percent of investigators do not take a case for free because they’re noble and believe in truth, justice, and the American way.”
Boff is also unique because he is happily married, has two kids, lives in the suburbs, barbecues on the deck, and watches sitcoms. He is not a drunk. Or a recovering one. He consumes more junk food than any P.I. in history. Boff basically lives in two worlds: his happy suburban family life, and what he calls the “Dark Side,” where his friends include mobsters, snitches, drug dealers, murderers, and other riff raff that he has helped keep out of jail. A softie at home, hardboiled in the underworld. A man of massive contradictions.

Q: How did you come up with the character?
My P.I. is closely modeled on one of my best friends, Fred, a former crack DEA agent turned high profile private investigator. Fred has told me endless fascinating stories about his days with the agency and his years as a P.I., many of which made their way into “The Hurting Game.” Stuff you just couldn’t make up. Fred is an iconic character, and so is my fictional P.I., unique without being a gimmick character.

Q: What are your thoughts on the whole eBook revolution?
I think it is the natural evolutionary stage of the publishing business. Traditional publishing is a dinosaur and will eventually fade away, a victim of the Internet, social media, and its own stodgy commitment to doing things the way it’s always been done before. Reminds me of what Dylan said in his song, “The Times They Are A Changing:”

Come gather 'round people
Wherever you roam
And admit that the waters
Around you have grown
And accept it that soon
You'll be drenched to the bone.
If your time to you
Is worth savin'
Then you better start swimmin'
Or you'll sink like a stone
For the times they are a-changin'.

Q: What's next for you and  Boff?
Boff returns in The Punishing Game, due out in March. Fate conspires to brings Boff to Brooklyn, where he tangles with the biggest and most ruthless street gang in New York, the Bloods, and finds himself tracking down a killer in a dangerous underworld where powerful people are playing a game of high-stakes poker in order to pull off a multi-million dollar scam.

Q: How do you promote your work?
First and foremost, I use social media. I am also fortunate to have spent 19 years as a sportswriter in New York, covering the Yankees, Mets, Knicks and Giants. Most of my writer friends from back then are now all major New York columnists. My friends from the NY Times, NY Post, and The Star-Ledger of Newark read and reviewed my novel. I recently contacted the editor of my old newspaper, The Star-Ledger, and he told me they are going to review my book in their Arts & Entertainment section. The Star-Ledger has a daily circulation of 316,280, and 455,699 on Sunday. Wonderful exposure.

Q: What other genres besides crime do you like?
Thrillers. After a youth spent reading  classic literature, for the last 15 years or so I have read nothing but mysteries and thrillers. Love them. I have read virtually every major thriller writer.

Q: What's your idea about the psychotic sidekick in PI novels like Hawk and Joe Pike?
First a sacrilegious admission. Even though a couple reviewers have compared me to Robert B. Parker, I have never read one of his books. So I have no opinion about Hawk. I am a big fan of Joe Pike and the Elvis Cole books. I think Pike is a terrific character, a guy comfortable in his own skin, who knows exactly who he is and has core beliefs he doesn’t stray from. He is a less complex version of another favorite character of mine, Jack Reacher. And by the way, I don’t consider Pike psychotic. Psychotics act on impulses they can’t control. Pike does not.

Q: In the last century we've seen new waves of PI writers, first influenced by Hammett, then Chandler, Macdonald, Parker, later Lehane. Who do you think will influence the coming generation?
I think all of the above will remain influential. I have a young writer friends who love the old masters, even though he is just 29. There are many new writers who, while following the masters, have branched out in their own way. Too many to name. Only time will tell who among the current crop of hardboiled writers will emerge as a major influence on the next generation.

Q: Why do you write in this genre?
Because at heart I am a storyteller, and nobody tells a story better than hardboiled writers and other mystery novelists. The best writers in this genre, then and now, create characters you can follow to the ends of the earth. I also like this genre because besides telling a great story, the writers capture the essence of time and place, the way Chandler did in using Southern California as a backdrop to his mysteries. Critics have said numerous times that Chandler’s portrait of Southern California exceeds Nathanael West’s classic, The Day of the Locust.
Posted by jvdsteen at 7:14 AM