Q & A with MD Grayson

MD Grayson writes about a PI that has a few things in common with my own Noah Milano. He's younger than most AND has been influenced by Patrick Kenzie who was the biggest influence on Noah as well (see the intro to Tough As Leather).
So, of course I just HAD to interview him... 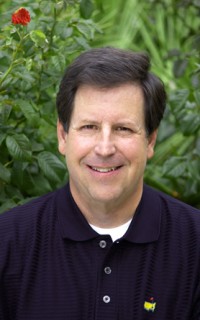 Q: What makes Danny Logan different from other hardboiled characters?
Danny’s not so “hardboiled” as most of the others.   I think he’s not “wound so tightly” as some of his contemporary fictional PI’s.  Don’t misunderstand, he’s a serious guy and when he’s “on”, he’s all business and I guess this serious side of him makes him “hard boiled”.  But he also knows how to have a good time.  He camps, he plays guitar, he listens to music.  After all, Danny’s just turned thirty years old and he’s smart enough to recognize that you only go around once.  He doesn’t let his work consume him.  I suspect this might have something to do with his laid-back Seattle upbringing.

He’s careful to  take care of himself and he doesn’t have any physical ailments.  He’s been a competitive long distance runner since before high school.  Unlike many of his fictional contemporaries, he doesn’t smoke or do drugs or even drink to excess.  He’s a good-looking guy, but he’s no ladies’ man.  In fact, he’s a little shy and he’s not very comfortable around women.   (Toni’s helping him here).

His time in the military was a very influential part of his life, but he seldom mentions it – it makes him uncomfortable on several levels.  To be sure, he had some very difficult war-time experiences.  He doesn’t forget them, but he doesn’t dwell on them either.

Emotionally, still a young man and he’s still growing.  He’s opinionated and a bit judgmental and he sometimes jumps to conclusions, despite knowing that doing so often leads to mistakes.  As a result, he sometimes has to backtrack.  Like many PI’s, Danny has a strong sense of right and wrong and he can get downright belligerent when pushed too far.  He learns every day and, being only thirty, he’s got a lot of learning to do.


Q: How did you come up with the character?
I’d say my three main influences for Danny Logan were Dennis Lehane’s character, Patrick Kenzie (although clearly Kenzie lives in a much “grittier” world than Danny Logan) combined with a little of John D. MacDonald’s Travis McGee (McGee is even more introspective than Danny) combined with a pinch of Bruce Willis’ character David Addison from the old Moonlighting series (alas, neither Logan nor I are nearly as witty as Addison).   My thought was to combine these basic personas and wrap it up in a “northwest” package.  Then, I wanted to pair Danny with an ensemble cast, particularly with a woman who in many ways was his opposite – thus, Antoinette “Toni” Blair.  Whereas Logan is a bit introverted, Toni is an extrovert (as evidenced by her tattoos). Logan is comfortable every day in his Jeep with his jeans and a Hawaiian shirt. Toni – despite her leanings towards Seattle grunge, occasionally likes to “make an entrance”.  And, she’s good at it.   They share a passion for PI work, though and they’re both committed to making Logan PI a success.


Q: What are your thoughts on the whole eBook revolution?
Books for ninety-nine cents!  From the reader’s perspective, what’s not too like?  From an author’s perspective, the idea that a guy like me can share my creative work with a world-wide audience (for better or worse!) is mind-boggling.  For those with talent who are willing to learn the craft and put in the work, this has got to be the best time to be an author.  That said, I’m not sure anyone really knows the full impact eBooks will eventually have on the publishing industry.  I guess we’ll find out when we get there!


Q: What's next for you and Logan?
I wrote the first three Logan novels in 2012.  Plus, about half of the fourth book before I started getting the nagging feeling that maybe if I slowed the pace down just a little perhaps I could raise the quality of my work (maybe not – we’ll see what the readers have to say).  Anyway, the fourth Logan book will take twice as long as each of the first three – I’m hoping to have it out in the spring time.  It’s a Danny Logan/northwest take on a who-dun-it.  I suppose that at some point, I’ll back off the pace on Logan novels a bit so I can take up some other writing ideas I have as well.  But, as long as people continue to enjoy reading about Danny and Toni and the crew, I’ll keep writing about them.


Q: How do you promote your work?
Ah – there’s a great question.  The good news is that Amazon has made it very easy to get your book in front of the public.  The bad news is that it seems millions of people have figured this out and are trying to do just that.  That can make it very hard to get your work actually heard.  What’s worse, many of the promotional ideas that worked even a couple of years ago when the ebook revolution was just kicking off have become so diluted that they don’t work so well now, if they still work at all.  Bottom line – I have the standard “social networking” package – Facebook, Twitter, Website/blogsite, and email newsletter.  I actively look for reviewers – readers or bloggers, either way.  And I advertise.  eBook advertising is an evolving science – changing rapidly as the industry emerges.  I have found that most people who want your advertising dollars aren’t able to deliver the results I’d expect.  Those that can deliver are swamped.  Still, I’m always looking for advertising sources that can help me expand my base.  (The world’s #1 selling author is James Patterson.  He used his experience as an advertising guy to launch his first novels with television advertising.  It worked and his career was launched into orbit.  I’m still looking for ways that might accomplish the same thing today.)


Q: What other genres besides crime do you like?
Most all.  I like Thrillers and Spy novels.  I’m a sucker for Romance.  I like Sci-Fi and Fantasy.  I even like Western’s.  I guess about the only thing I don’t read are Para-normal and  Horror novels  (although I occasionally read those as well).


Q: What's your idea about the psychotic sidekick in PI novels like Hawk and Joe Pike?  Sidekicks/supporting cast are very important for a number of reasons.  Having a dark character – even psychotic – can help unload the main character of some of the “dirty” work.  Patrick Kenzie has Bubba Rogowski.  Bubba does things without even thinking that Patrick would never do.  Danny Logan has Doc Kiahtel.  Doc is nowhere near as “conscience-free” as Bubba or Spenser’s Hawk, and he’s certainly no psycho, but I’ve set him up as a sort of uber “tough guy” that Danny can call on when needed.


Q: In the last century we've seen new waves of PI writers, first influenced by Hammett, then Chandler, Macdonald, Parker, later Lehane. Who do you think will influence the coming generation?
I don’t know but I’ve heard that this M.D. Grayson guy is pretty hot.  Seriously – today, in addition to Lehane, I suppose you’d have to add Connelly, Evanovich, Cornwell, Coban, Grafton, Grisham, maybe Tony Hillerman.  Also, Randy Wayne White and Stuart Woods.  I know all of these people have influenced me.


Q: Why do you write in this genre?
For me, it’s natural.  I started reading about John D. MacDonald in the summer between middle school grades when I lived in Las Vegas.  It was way hot outside so when I wasn’t in the swimming pool, I liked to spend time inside in the cool air conditioned room and get totally immersed in Travis McGee, the Busted Flush and the hot marinas and even hotter women of  McGee’s south Florida.  Just writing this brings the memories back!  I was hooked and I devoured every McGee novel I could get my hands on.  I kept reading these, along with many others, through high school and beyond.   I was crushed when John D. passed away in 1986 – I was nowhere near ready to stop reading about McGee yet!  I thought about trying to see if the estate would let me continue with the characters but I never pursued this (which was a good thing at the time, believe me!)  Later, my reading broadened into a variety of areas but I always came back to my first love – a good mystery!   Since I was old enough to appreciate what they were saying and doing, I’ve loved PI’s!