Q & A with Ken McKea


Here's an interview with Brad Strickland, the man writing the Jim Dallas mysteries as Ken McKea... 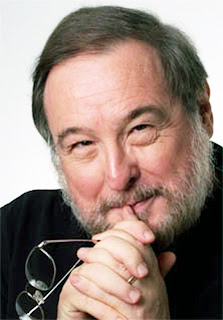 Q: What makes Jim Dallas different from other hardboiled characters?
Dallas is hardboiled but vulnerable. He’s dealing with PTSD and with his own demons as he takes on cases—actually, to an extent, Dallas is gradually solving the mystery of Dallas as he works on the various problems that he investigates.  I have an arc for thirteen books, and after that…who knows? Never say never.

Q: How did you come up with the character?
My late friend and cowriter Thomas E. Fuller (he and I collaborated on YA novels, a mystery novel, and the Lovecraftian novel The Dancer in the Dark) complained once that he was in the mood to read a John D. MacDonald Travis McGee novel. I said that would be difficult, since he had died some years before. The next week Tom emailed me with the idea for a Jim Dallas novel—Dallas because Travis was originally intended to be Dallas McGee.
We outlined Dallas’s biography and came up with backstory (some of which has appeared, some of which will eventually come out). We wanted a straight-arrow sort of guy who becomes hardened and rather cynical when his efforts result in pain and tragedy for him. His neighbor, friend, and investigative assistant Sam Lyons is physically based on Tom, by the way, who always dreamed of having a home on the Florida coast and not having to wear coats and ties! I have relatives who are in police work and we did some research into that end of things. By the time we’d finished, we had a pretty good sense of Dallas, his drives, his fears, and his behaviors.
We kicked the idea around and outlined a plot, but then got a contract to do six YA books in a little over a year and so Dallas went on the back burner. Sadly, the next year Tom passed away from a sudden heart attack. In 2011 I dug out and completed The Dancer in the Dark and came upon the outline material for Atlanta Bones, wrote the book from that, and attached the pen name Ken McKea to it. Tom and I were known as YA writers—we did over a dozen “Wishbone” books about public TV’s literature-hungry Jack Russell Terrier—and out thought was that we would “brand” the Florida thrillers with a distinctive pseudonym.
Once I had finished the first novel, I quickly went on to the second and third. Fourth one is brewing now.

Q: What are your thoughts on the whole eBook revolution?
It frees the writer from having to look constantly over his shoulder at the editor. Editors are not the natural enemies of writers, but they do tend to be a bit conservative in my experience—“You can’t write that because nothing like that has been written.” I’m hoping that eBooks will continue to give writers the opportunity to make a name for themselves. It’s like what Sid Caesar used to say about the vanishing Catskills comedy places: “There’s no place to fail any more.” Certainly most writers would like to have a home in hardcovers, but it’s hard to get through that particular door in these economic times. For me, a writer has to have an audience of some kind before anything else, and e-publishing is certainly one way of doing that.

Q: What's next for you and Dallas?
The next story, the fourth, will deal with a long-ago unsolved theft and with missing money. It’s going to hit the ground running—the opening will be action-oriented, not the slow wade into the plot of the first three. This one marks a kind of turning point in that what starts as a polite brush-off by Dallas when a request for help doesn’t appeal to him becomes a vendetta as he is injured and angered. In dealing with solving the case, he’s going to make a small beginning on confronting the sour, corrosive streak of anger he has repressed for years now. And of course Sam is going to be along for the ride, as is an alligator who I think will bear the endearing name of “Clutch.”

Q: How do you promote your work?
Twitter and Facebook and word of mouth! Amazon.com also has been publicizing the first three novels—I can tell when they do an emailing about mysteries because there’ll be a little bump in Kindle sales. I also am looking for bloggers who’d like to review the danged things!

Q: What other genres besides crime do you like?
Pirate novels (my favorite novel as a kid, and I still like re-reading it, is Treasure Island). Science-fiction, fantasy, and horror. And, oddly, Victorian novels. I’ve read all of Dickens, all of Jane Austen, all of the Brontës, all of Trollope, and about half of Thackeray. Many of the conventions of Victorian fiction don’t appeal to me (the constant authorial intrusion and editorializing, the whopping coincidences), but I do like the in-depth character development that the best of those writers were able to produce.

Q: What's your idea about the psychotic sidekick in PI novels like Hawk and Joe Pike?
They’ve got their place, certainly. They add an element of unpredictability and instability that can gun up a plot. However, I’ve had my share of contact with actual psychotics, and I’m a little leery about introducing a recurring psychotic character in my own stuff!

Q: In the last century we've seen new waves of PI writers, first influenced by Hammett, then Chandler, Macdonald, Parker, later Lehane. Who do you think will influence the coming generation?
Lee Child, I think—he’s all over the place. And I think some of the women writers already are producing literary imitators—Tess Gerritsen, Kathy Reichs, Sue Grafton. Interestingly (to me) when I read Grafton’s first mystery I got a little bit misty because she uses “Santa Teresa” as a setting—taken from Ross Macdonald’s Lew Archer series. When I was in college, I corresponded with Macdonald, who encouraged my writing. It was good to see he’d encouraged someone else who carried on the torch.

Q: Why do you write in this genre?
Well, when I talk about creative writing to beginners, I almost always advise “Write the book that you’d like to read.” I like to read Florida thrillers—MacDonald, of course, and Carl Hiaasen, Randy Wayne White, Tom Corcoran, James W. Hall, many others—and I like to write them. I love visiting Florida, where my daughter lived for a good many years, and, hey, if you can spend two weeks on the beach and do some walkabouts for local color, you can write part of the trip off on your tax return as research.
Ken Millar (Ross Macdonald) wrote in a letter to me something like this: “The tension in a detective story is between the secrets of the past and the truth of the present. If well handled, one can comment on the other and enrich the work.”
I believe that. Primarily, the Jim Dallas series is about Jim—but it’s also about crime and culture, about the intersection of idealism and temptation, about the hold of the past on the hope of the future. You can deal with what Macdonald called “radioactive material” in a detective novel, and in doing so you can try to make some small kind of sense out of the fragmented and sometimes terrifying world we live in.
And if you’re Sam Lyons, you can wear a Hawaiian shirt while doing so.